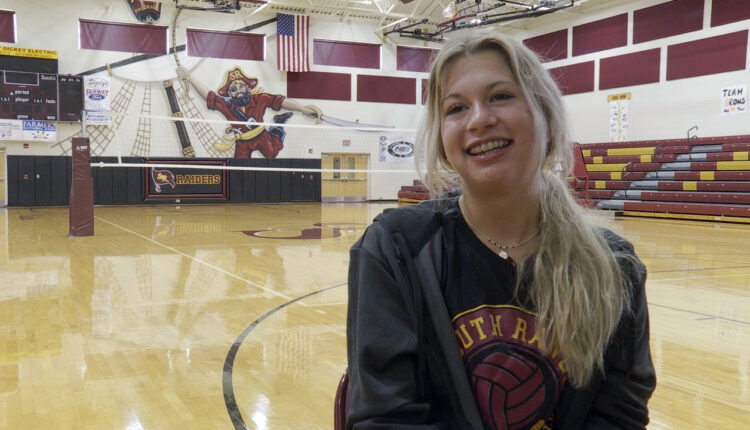 “In every single game I just try to get as many balls up as possible and make it easy for the setter,” said Irons.

The senior captain was named Conference Libero of the Year and was a first team selection that spanned all districts. Irons recently reached a career milestone and started their 1,000th dig.

“We talked about it last year because I was about to,” she said. “And I thought, ‘I’m not sure I’ll ever get there,’ but I did. It’s super awesome. But I couldn’t do it without my team. “

Irons is also a three-year letter winner on the Raiders softball team. The second Team-All-Conference pick helped the Raiders reach the state finals in June.

“It was crazy,” added Irons. “I don’t think there is such a feeling. I wish we could go back and see it all over again. This team was great. Everyone was having fun. Everyone did their job. I loved it every second. “

Outside of sports, Irons is very involved. She is the President of the Student Council and a member of the Key Club, Spirit Club and the Chik-Fil-A Leader Academy. She also carries a 3.8 GPA.

Irons hopes to follow in the footsteps of her mother, father and sister and attend Ohio University next fall. Her goal for her final two high school seasons is simple: have fun.