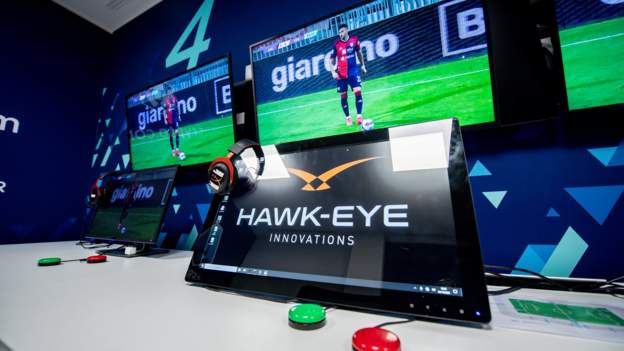 Many leagues around the world have already introduced VAR

Scottish Premiership clubs are “overwhelmingly positive” about the introduction of VAR, according to SPFL Managing Director Neil Doncaster.

This is followed by a “productive and positive” meeting hosted on Friday by the League and the Scottish Football Association.

A vote by the 42 clubs in the four divisions of the SPFL is likely to come sometime in the new year.

“We will now continue this dialogue and work out the details of a formal proposal,” said Doncaster.

He hopes that VAR will be introduced “as soon as practically possible” in the top division and selected cup competitions, should it receive a positive vote.

“This won’t be an overnight process, given the lengthy training and setup required,” said Doncaster.

“Such a proposal would ensure that none of the costs of implementing VAR in the Cinch Premiership would be borne by other SPFL clubs.”

The SFA repeated its offer to cover the training costs for match officials, with the match costs being shared equally by the Premiership clubs.

Howard Webb, the 2010 World Cup final referee who implemented VAR in the US and is now General Manager of the Professional Referee Organization in Major League Soccer, gave a presentation to clubs on the evolution of the technology since its inception and introduction to the laws of the game 2018.

CEO Ian Maxwell added, “The meeting was really productive and Howard’s presentation was well received: the clubs were very involved as he outlined VAR’s journey not just in the United States but in general.

“The Scottish Football Association continues to fully support its implementation for the benefit of the image and status of our domestic game, but also to support our match officials on the national, European and international stage.”