Ruth Langsford blasts celebrities for lying about having plastic surgery 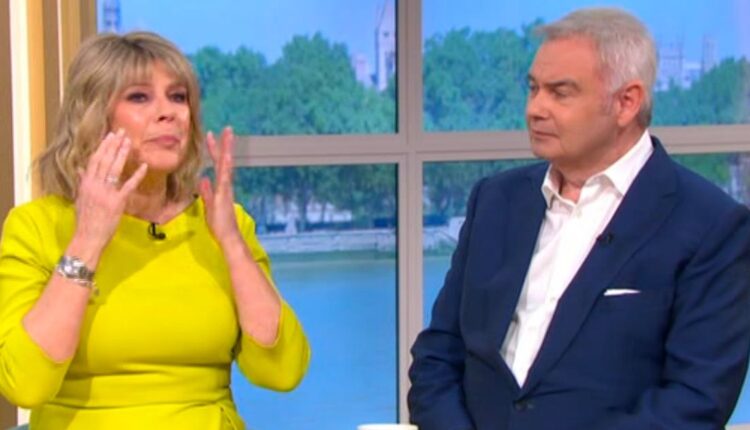 Ruth Langsford has attacked celebrities for not being honest about having plastic surgery.

The 61-year-old presenter said she hadn’t done anything cosmetic herself and joked that if she did, she would “ask for her money back”.

While she said she has no problem with people having “improvements,” Ruth doesn’t believe that people should lie about what they did.

Ruth had joined husband Eamonn on the ITV show when they were about to talk about the rise of men who received “improvements” before going back to work.

She said to the audience: “Before you ask, no, I haven’t had anything done yet. As I said, if I had had something done, I would demand my money back!”

Eamonn said to her, “Darling, you don’t need anything.”

Ruth Langsford has attacked celebrities for not being honest about having plastic surgery
(Image: ITV)

“Of course there are many moments when you think you could use a little something, but I try to age as gracefully as possible.”

Ruth said, “I have no problem with everyone doing what they want. I think people should admit it instead of saying they drink a lot of water, that’s all.”

Ruth said she didn’t do anything cosmetic herself
(Image: ITV)

Before speaking to a 41-year-old truck driver about his decision to opt for Botox, Eamonn admitted that fans on Twitter had asked him if he’d done any work.

Eamonn turned to Ruth and said, “How many tweets did I get two weeks ago when I came back to do this show and said, ‘Eamonn looks very good, he must have been treated! He must have had an optimization! Botox! ‘”

Ruth quipped: “I would have asked for my money back if I had!”

Ruth doesn’t think people should lie about what they did
(Image: ITV)

Get the most important TV news straight to your inbox. Sign up for the free Mirror TV newsletter

Eamonn remarked, “No, I just have a fat round face, that’s all.”

Ruth said, “But there are a lot of men in public who have tweaks but never talk about them. But it happens.”

* This morning airs on ITV at 10am on weekdays

How a Doctor Breaks Norms to Treat Refugees and Recent Immigrants