Risks of crypto stablecoins are attracting the attention of Yellen, Fed and SEC 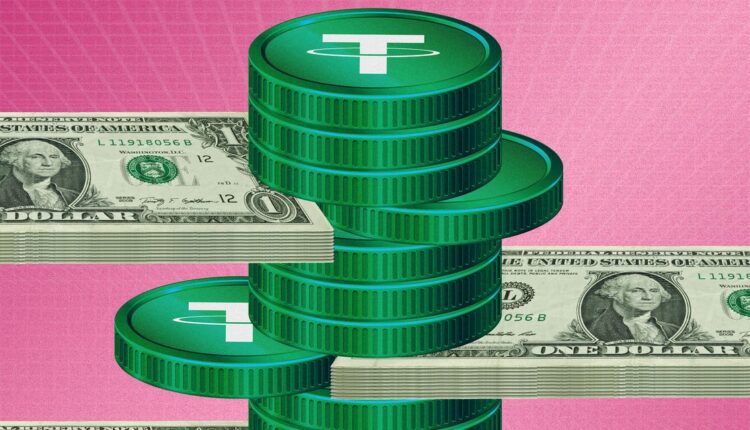 Stablecoins, digital currencies that are linked to national currencies such as the US dollar, are increasingly seen as a potential risk not only for the crypto markets, but also for the capital markets.

Treasury Secretary Janet Yellen is due to hold a meeting of the president’s working group on financial markets on Monday to discuss stablecoins, the Treasury Department said on Friday. The group includes the chiefs of the Federal Reserve, the Securities and Exchange Commission and the Commodity Futures Trading Commission.

“Bringing regulators together will allow us to assess the potential benefits of stablecoins while mitigating risks they could pose to users, markets or the financial system,” Ms. Yellen said in a statement.

A pre-market primer with news, trends and ideas. In addition, current market data.

Stablecoins are an important source of liquidity for cryptocurrency exchanges, their largest users who have to do business 24 hours a day. In the derivatives and decentralized financial markets, stablecoins are used as collateral by traders and speculators, and many contracts pay out in stablecoins.

Stablecoins have exploded in the last year as cryptocurrency trading took off. The value of the three largest stablecoins – Tether, USD Coin, and Binance USD – is about $ 100 billion, down from about $ 11 billion a year ago.

Jeremy Allaire, CEO of USD coin issuer Circle Internet Financial Inc., said the president’s working group meeting was a good thing for stablecoins and that he supports the development of clear standards. “I think it’s good news,” he said.

Tether Ltd., the issuer of the Tether stablecoin, looks forward to working with officials to support transparency and compliance. Binance Holdings Ltd., issuer of Binance USD, sees the meeting as a positive step. The involvement of regulators will give stablecoins more legitimacy and clarity, said Samuel Lim, Binance’s chief compliance officer.

Stablecoins and the companies that issue them have been criticized for being untrustworthy.

“There are many reasons to believe that stablecoins – at least many of the stablecoins – are not particularly stable,” said Boston Federal Reserve President Eric Rosengren in a speech in June.

While the startups that issue these stablecoins including Circle and Tether are responsible for assets that make them significant players in traditional capital markets, there are no clear rules as to how the assets should be regulated to ensure stability.

Do you think tether poses a potential risk to financial stability? If so, what steps should regulators take? Join the conversation below.

In December, the President’s working group published a statement on regulatory issues related to stablecoins. Among other things, it suggested that best practices would include a 1: 1 reserve ratio, saying issuers should hold “high quality US dollar-denominated assets” and hold them with US regulated companies.

Stablecoins assume that their reserves are liquid and easily redeemable. Allegedly, a stablecoin should be redeemable for national currencies at any time, and the amount held in reserve should match the amount in circulation: currently $ 64 billion for Tether, $ 26 billion for USD Coin, and $ 11 billion for Binance USD.

However, stablecoin reserves don’t just sit in bank accounts and collect interest. Circle and Tether manage the reserves to generate some income.

Neither Circle nor Tether give a detailed breakdown of where their reserves are kept and what risks the users of the tokens are taking. This lack of information has alarmed central banks and lawmakers in the US and abroad. Binance has said that its stablecoin reserves are backed 1: 1 by US dollars held by New York-based crypto services company Paxos.

Both Circle and Tether have separately defended the level of information they share with the markets.

Stuart Hoegner, general counsel at Tether, said the company has a highly liquid portfolio that has been stress tested. He said the company is taking a risk averse approach to managing its reserves and is proceeding in such a way as to maintain its dollar peg.

“Our transparency allows people to decide whether or not they like to hold this token,” he said.

“
“Bringing regulators together will allow us to assess the potential benefits of stablecoins while mitigating the risks they could pose to users, markets or the financial system.”
”

The companies have disclosed that they have invested the reserves in corporate bonds, commercial paper and other markets that are generally considered to be liquid, as well as cash equivalents.

According to a report released earlier this year, Tether held roughly half of its reserves in commercial papers – short-term loans used by companies to cover expenses. The creditworthiness of the commercial paper and whether it came from the USA or from overseas could not be determined.

In 2019, New York Attorney General Letitia James announced in an investigation that Tether executives who also own and operate the Bitfinex exchange had withdrawn at least $ 700 million from Tether’s reserve to help improve Bitfinex’s balance sheet support.

The case was settled in February. As part of that deal, Tether agreed to publish quarterly reports on the composition of its reserves.

Regulators don’t have to look far to find examples of what can go wrong in the financial world. Money market funds came under pressure during the pandemic sell-off last year and needed support from the Fed. Dozens of money market funds needed support during the 2008-09 financial crisis to keep them from “breaking the money” or falling below their standard of $ 1 per share net asset value.

Building trust was one of the main reasons Circle decided to go public, according to Allaire.

“It’s about being a public company and being an open and transparent company,” he said in an interview earlier this month.