Reasons to withdraw Bitcoin from exchanges 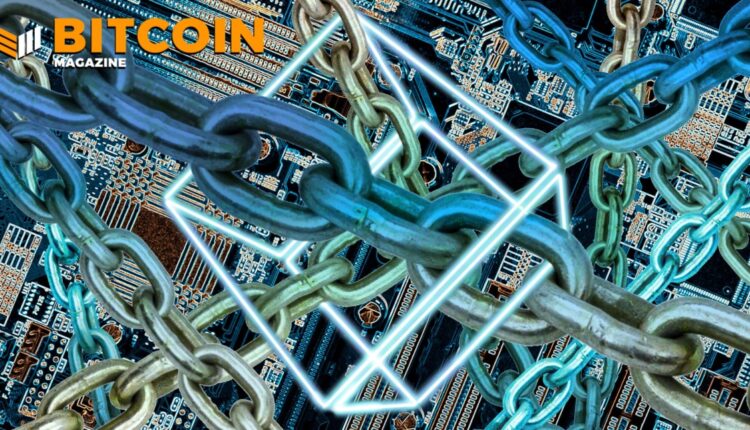 # 1 – If your coins are on an exchange, you will need the exchange’s permission to spend them. In your own care, you can do what you want and pay whenever you want, for the fee you choose.

You will understand this if you have always wanted to move your Bitcoin from an exchange and got banned because you had to present additional identification documents or prove your source of income. You may have been banned because you have reached a 24-hour value limit to withdraw from. Your credit may not have been available due to unscheduled system maintenance. It is your bitcoin and yet you are in a powerless position.

Bitcoin doesn’t really care who you are or how much you do. You can move 100,000 bitcoin and you can do so at any time of the day without resistance, even on Christmas Eve if the bitcoin was in your possession.

# 2 – Your coins may not actually be there. What you see is a promise that if you ask about your bitcoin, they will give it to you. But if the exchange gets hacked, or the CEO fakes his death and takes the private keys, or the government steps in, all the coins could be goodbye.

Newbies log into their exchange and see “Balance = 1.0 Bitcoin” thinking that this is their Bitcoin. It is not. That’s a number on a screen. The bitcoin resides on the bitcoin blockchain, the global distributed ledger. The entity that can move this bitcoin from one address to another is the entity that has the private key that generated that address. The user of a purse does not have the private key, the purse does! It’s your bitcoin. The Bitcoin belongs to whoever has the private key. This is crucial to understand.

The exchange only has a legal agreement that the bitcoin belongs to the user and it shows the user its balance. But the user only has a login name, password and promise. No private key.

One dark little trick that blockchain.com uses is a 24-word password to log into the website. This looks like a private Bitcoin key, but it isn’t. It’s just a website password. Blockchain.com has the private key. This is quite misleading and confuses beginners as to the true nature of how Bitcoin works.

There’s no way to tell if an exchange was really hacked or if it was an inside job by a fraudulent employee. The bottom line is, when they are holding your bitcoins, trust them to be trading honestly and securely.

Maybe you don’t trust yourself. That is understandable. However, it is your responsibility to find out about self-custody or at least the only partial joint custody. Most early bitcoiners are likely sitting on a lot of bitcoin. You have to level up and take care of your coins. People new to Bitcoin can store their initial small stacks on exchanges and it won’t matter too much. But you, you are early. You have to take responsibility. All information is available online and free of charge.

# 3 – If coins remain on the exchange, they can lend partial reserves, which effectively inflates the supply of Bitcoin. When there is a mass public withdrawal, exchanges can go broke and are broke if they don’t have the promised coins. Coins say goodbye.

Fractional reserve is the fraudulent practice of taking a deposit and then borrowing it, but giving the depositor the illusion that their money is still available. Somehow this is both common and legal in the fiat banking world. If a Bitcoin is deposited and then borrowed, the depositor should not have access, similar to a fixed deposit. This would be full reserve or one-to-one banking.

If the depositor requests their money, they will be returned another depositor’s money instead and, in theory, no one will be hurt. But when many people want their money at once, the obligations cannot be met.

This practice not only inflates the money supply, it is a systemic risk.

By withdrawing your coins, you eliminate the risk of a bitcoin bank run.

Trace Mayer, a once beloved bitcoiner, launched Proof-of-Keys Day stress on the system on the anniversary of the first Bitcoin block on January 3rd to keep the exchange honest. Any exchange that ran with partial reserves could be exposed if enough people participated.

# 4 – One day, governments may ban withdrawals from private wallets, leaving your coins stuck and significantly less valuable. The real Bitcoin economy would consist of the open, peer-to-peer market outside the exchanges, while the coins trapped in the exchanges would be useless.

I wholeheartedly expect governments to make it extremely difficult, or even prohibit it entirely, for coins to be allowed into private purses. We will fight back, no doubt. But the efforts of governments will be in vain. Most bitcoins are not on exchanges. My estimate is that around two million of the 18.7 million coins mined are on exchanges.

Bitcoin’s future is peer-to-peer money, with most payments being made through the Lightning Network. Coins on an exchange cannot fulfill this function. Exchange coins always have a middleman who you need permission from in order to make payments.

Coins that are stuck in the exchange due to laws cannot be used as Bitcoin is by design and they are less valuable. When I offer a service and top up in Bitcoin, I only accept real Bitcoin outside of exchanges. I do not accept any payment for trapped bitcoins on my exchange wallet. I won’t be alone Therefore, there will be a price difference between real Bitcoin and IOU-Exchange-Trapped-Bitcoin.

# 5 – Powerful people who want Bitcoin to fail CAN nakedly short it in the futures markets. If we, The Resistance, buy Bitcoin and extract it from the trading pool, we will eventually force a decoupling of the price of paper Bitcoin from physical Bitcoin.

We’re fighting the people who print fiat. It is easy for them to short Bitcoin and suppress the price because they can print money and therefore do not take any real risk.

* Click here to learn more about how naked shorting can affect the price of assets.

Here’s why they will fail: There is an army of bitcoiners, true believers, who regularly buy bitcoin and withdraw coins from exchanges. Most coins are already over the counter. If the naked short attack manages to push the price down, bitcoins will be eager to pick up the cheap sats and remove even more bitcoin from the exchanges.

Miners can replenish the supply of coins at exchanges. At the moment, miners could theoretically sell 900 Bitcoin per day to exchanges. If HODLers remove 900 Bitcoin per day, the price will be relatively stable. Nevertheless, there can of course be wild price fluctuations, as traders buy and sell coins among each other. But as more and more coins are removed and the mining supply decreases (halves every 4 years) there will be a point where not enough bitcoin will be available. This results in a decoupling of the paper price of Bitcoin on the futures market and real Bitcoin, which is requested by HODLers or traders.

Be part of the army to move this day forward and make Bitcoin successful sooner. Regularly pile up Bitcoin – Dollar Cost Average (DCA) – and remove the coins from the exchange.

# 6 Unless you take coins into your own care, you will never fully understand how Bitcoin works.

If you don’t appreciate it, you won’t be buying enough of it. And you will regret that.

You need to learn more about self-custody and run a node. This will blow you away as well and bring you closer to the truth about how amazing this technology is. You might even start using the Lightning Network and become completely obsessed. In the right sense.

This is a guest post by Arman the Parman. The opinions expressed are solely their own and do not necessarily reflect those of BTC Inc or Bitcoin Magazine.