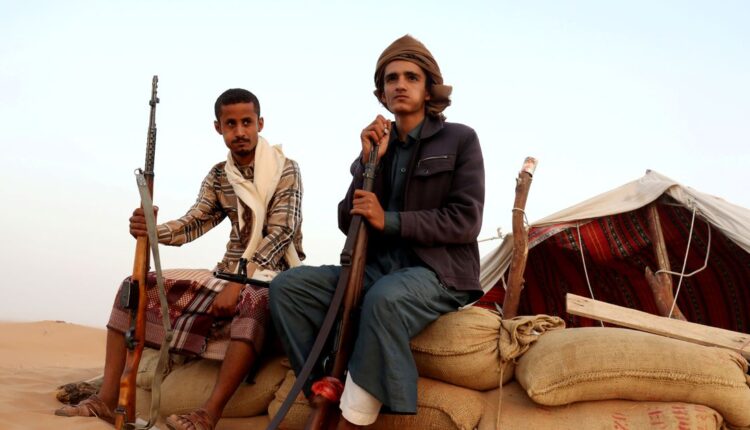 ADEN, Sep 15 (Reuters) – Violent protests against widespread poverty and power outages have erupted in Aden and other cities in southern Yemen as a Saudi Arabia-backed alliance battles a complete breakdown of public services in areas it controls.

Hundreds of protesters clashed with security forces in the Khour Maksour, Crater and Sheikh Othman districts of Aden, where protesters blocked roads, set fire to government buildings and burned cars on the streets.

“We came out to protest after our lives became impossible. There is no electricity, no water and salaries can’t buy us. We won’t wait to die,” said Ahmed Saleh, 34, a protester and government employee .

Additional clashes have been reported in Hadramout, Shabwa and Abyan provinces in the past two days.

South Yemen is paralyzed by a power struggle between the Saudi Arabia-backed government and the United Arab Emirates-backed southern separatists. Both are nominal allies under a Saudi Arabia-led coalition fighting the Iran-allied Houthi group in the north.

The Southern Transitional Council (STC), which fought for the independence of the south, had conquered Aden and other southern territories before Saudi Arabia negotiated a power-sharing agreement to focus its enemy allies on the fight against the Houthis.

However, the conflict has paralyzed public services with frequent blackouts affecting water distribution, relief supplies and medical supplies. Unemployment and rising inflation have exacerbated misery in a country where most of its 29 million people depend on aid.

The streets of Aden were quiet on Wednesday, but shops and offices of humanitarian organizations were closed. Remains of charred cars and roadblocks have been seen in many parts of the city.

An STC spokesman on Wednesday called for further protests in Shabwa against “the occupation” of President Abd-Rabbu Mansour Hadi’s government.

The Hadi government said security forces would protect the protesters but would not tolerate “destruction of public and private property.”

The Saudi-led military coalition expelled the Houthi movement from Aden in 2015, but the alliance failed to evict the group from Sanaa and other parts of the north, and the multi-faceted war has reached a bloody stalemate.

According to the United Nations, the conflict created the largest humanitarian crisis in the world.

Riyadh has tried to avoid a new front line and further unrest in the south while its coalition fights the Houthis in the Marib oil-producing region, the government’s last stronghold in the north, and southern Abyan province.

Thousands of civilians fled the fighting in Marib and Abyan provinces last week, humanitarian organizations said. The UN refugee agency UNHCR announced earlier this month that over four million Yemenis have been displaced since hostilities began in 2014.