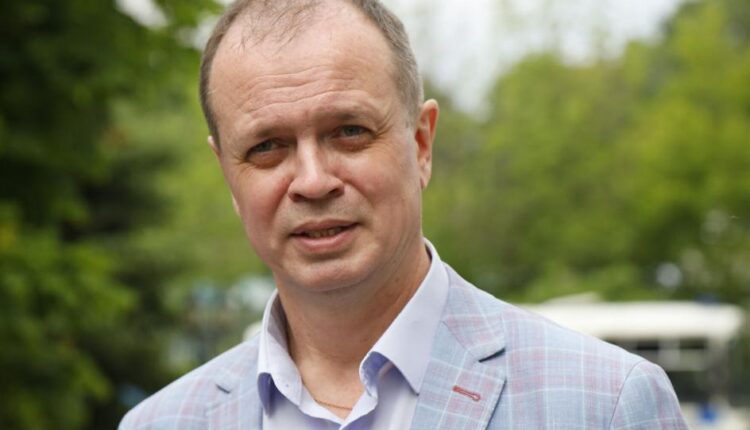 MOSCOW (AP) – A prominent lawyer who represented both a former Russian journalist accused of high treason and the team of the imprisoned opposition leader Alexei Navalny said on Tuesday that he left Russia after the authorities opened a criminal investigation against him.

A rights group led by the lawyer has also closed under pressure from the government.

In a statement posted on the messaging app Telegram, Ivan Pavlov said he had left for Georgia and pointed to the restrictions placed on him as a suspect in a criminal investigation.

“I was not allowed to use any means of communication or the Internet, to speak to defendants and some of my colleagues. In short, I was banned from anything without which the work of a defense attorney cannot be effective, “said Pavlov.” The bans did not apply to one thing – leaving the country. It was a sign “pointing to a way out.”

In April, Russian authorities charged Pavlov with divulging information related to a police investigation – an offense that can be punished with a fine, community service or imprisonment of up to three months. Pavlov was not allowed to contact witnesses in the case or use the internet or cell phone until investigators had completed their investigation.

Pavlov said the allegations against him were linked to his defense of Ivan Safronov, a former Russian journalist charged with high treason in a case widely viewed as retaliation for his journalistic work. The lawyer protested his innocence and said he viewed the trial against him as “revenge” for his work on cases investigated by the Russian Security Service (FSB).

The investigation into Pavlov opened shortly after he represented the Anti-Corruption Foundation established by President Vladimir Putin’s longtime enemy and opposition leader Alexei Navalny. The foundation and the extensive network of regional offices in Navalny were ostracized as extremist at the beginning of the year.

Opposition supporters, independent journalists and human rights activists face mounting pressure from the government ahead of Russia’s September parliamentary elections, widely viewed as an important part of Putin’s efforts to consolidate his rule ahead of the 2024 presidential election.

Team 29, an association of lawyers and journalists specializing in treason, espionage and freedom of information that Pavlov led, announced in July that it would be closed after authorities blocked its website for allegedly posting content by an “undesirable” organization.