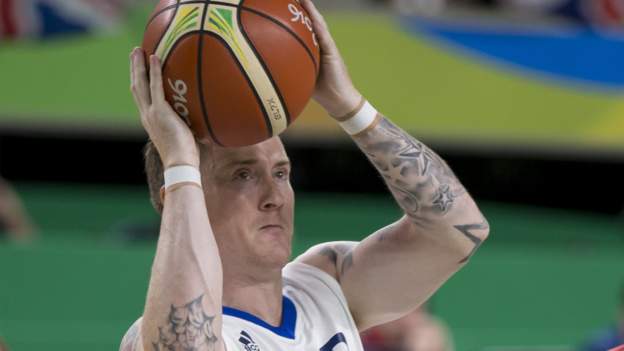 British wheelchair basketball player Terry Bywater believed he had seen most things in his more than 20 years in elite sport – but the global pandemic was his greatest challenge so far.

Tokyo, a Paralympic debutant aged 17 in Sydney 2000, will be Bywater’s seventh games GB all over again.

“The last 18 months have been really tough for everyone. As a professional athlete, my life was so regulated. When that was taken away, I didn’t know what to do,” he told BBC Sport.

“At first we could only go out to buy food, and police officers on the streets would ask what you were doing. It was the strangest feeling ever.

“I was wondering if I would come to more Paralympics and it was the most difficult time of my professional career.

“When we got back, I came home from exercising with blisters and bleeding hands and aches and pains because my body wasn’t used to it. We had to relearn the basics of hitting and falling from a chair.”

Bywater was born with no tibia and fibula in his leg, which he was amputated at the age of two. The football-mad youngster from Middlesbrough changed his life when he started playing wheelchair basketball at the age of 13.

The 38-year-old has been a mainstay of the British team ever since, winning three Paralympic bronze medals, including five years ago in Rio, a number of European titles, including 2019, and one first world title in 2018.

They travel to Tokyo hoping to hold all three big titles at the same time, but face a difficult team that includes the defending champions and runners-up USA and Australia and Iran, who finished third and fourth in the World Cup, plus Germany and Algeria one play difficult role. The best four teams qualify for the quarter-final crossover matches.

“Winning the World Cup was a dream come true, but we know we have a big goal on our back,” said Bywater.

“With the top four teams in the World Cup playing against each other, it will be a challenge to get out of the group and where you end up in the pool is really important because the transitions will be tough.

“There is no room for complacency because there are eight or nine teams that can win gold. Every game is like a final.

“I’m not the player I was 10 years ago, playing every minute of every game. I’ll get off the bench, but I’m someone who always shows up in the big games.

“We can get on the podium, which would be fantastic, but a Paralympic gold would make me the proudest man in the world.”

Preparations for all athletes at the Tokyo Games have been challenging, but in addition to Covid-19 protocols, GB has also faced classification issues where key player George Bates was excluded after his death not approved for Paralympic competitions.

Bywater knows that he and his teammates are fortunate enough to have the support of the GB Wheelchair Basketball Association and the ParalympicsGB to compete on the big stage.

This time, however, it will be a different experience with family and friends, including Bywater’s wife Jodie and 11-year-old son Benjamin, who follow from home. 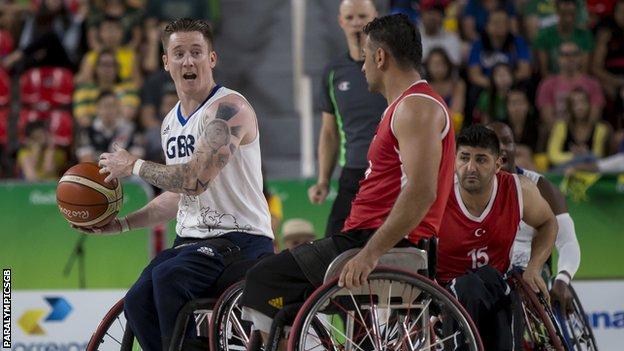 “About half of the team will be going to their first games so I’ve tried to share what I know with them, although there is a lot new for me this time around,” he says.

“Our head coach Haj (Bhania) not only prepared us as a team to go to Tokyo and win a gold medal, we are also trying to prepare for what happens when we as a player are affected by Covid.

“I think the team that prepares best and deals best with setbacks will win gold.”

The sport is also changing on the pitch.

“The standards have risen so much since I was founded,” he says. “The athletes have gotten faster and stronger and some of the shots they’re taking are incredible. Wheelchair technology has improved a lot, but we need more sponsorship for teams and individuals.

“The world shouldn’t just look at us every four years – we need it every week.

“We have a huge opportunity as Paralympians to inspire the world again. We saw the impact 2012 had – it was fantastic and we want to see more of it.”

What GMP signals before listing