Paralympics in Tokyo: David Weir urges authorities to do more for parasport 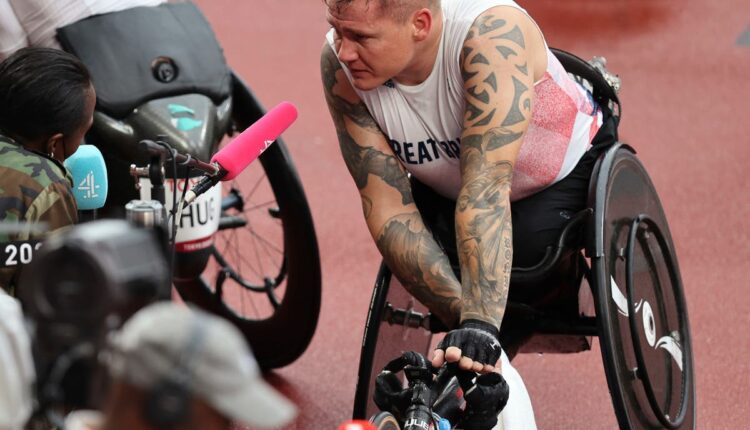 Tired of being runner-up, David Weir challenged Seb Coe to a fight for the future of para-athletics.

After finishing fifth in the Paralympic marathon, the Weirwolf lets go of the precarious state of his sport and now wants Coe’s World Athletics to intervene.

In addition to swimming, para-athletics is reluctantly ruled by the International Paralympic Committee, which in July openly called for it to be taken from them.

“We’re fed up with being second best and we deserve more,” said six-time Paralympics winner Weir. “I’ll fight for that now, I’ll keep pushing and knocking on the door.

“UK Sport doesn’t talk to the athletes, they need to talk to us more and when we come back they will listen.

“I want to see us in the Diamond League. I want Seb Coe to sit down with the top Paralympians because the IPC is not doing enough to promote us.

“The prize money is not the same, but we fight, we tell them. We drive 26.2 miles, you wouldn’t pay any differently than men and women – so why not with us?

“A lot of people think we’re getting the same money as Mo Farah and the top athletes. I just want it for the next generation – we don’t get deals from Nike or the big companies. That is our income. “

The problems are systemic and intertwined, with Peacock targeting Diamond League prize money inequality and receiving £ 500 at events that have paid Olympians up to £ 30,000.

Cockroft sparked a storm by revealing that while para-athletes received medal awards in London and Rio, they didn’t get a penny for podium finishes in Tokyo.

That came after Team USA announced that Paralympians and Olympians would both receive the same £ 25,600 golden handshake.

Weir’s biggest gripe is the lack of British investment in racing chairs that spanned a decade, and he watched Swiss Marcel Hug race to a marathon gold in a state-of-the-art chair.

While Hug has been testing and tweaking his ship for five years, Weir got his chair just five months before winning gold in London in 2012, and things have not improved in nine years.

“As you can see, technology just keeps getting better and we need the help if you want the next generation to come through,” Weir said.

“I have my academy, but there is only so much we can do. It has to start at the base and build and build from there.

“As you can see, I will probably never win a medal again. You have to see how the next generation comes through. “

Weir, Peacock and Cockroft have clearly lost trust in the official channels and are now trying to use their media profile to address current issues.

All three were stars of London 2012 and while young athletes testify to the legacy of home games, the older ones have had enough of the sport.

“I got messages that said, ‘You will be heard,’ which is a start,” Weir said. “Someone was asked about investing in wheelchair racing at the BBC Breakfast the other day

“I hope people listen because I’ve fought for five years. I’ve been talking to them for five years, then they weren’t interested. I only pray for the next generation. We need a little help. “

Sainsbury’s is a proud supporter of the ParalympicsGB and an advocate of inclusive sport for all. Sainsbury’s commitment to helping our customers better eat has been at the center of everything we do since 1869. More information about Sainsburys can be found at www.sainsburys.co.uk/ and https://paralympics.org.uk/

China clamping down on popular celebrities, sees them as products of Western ideology