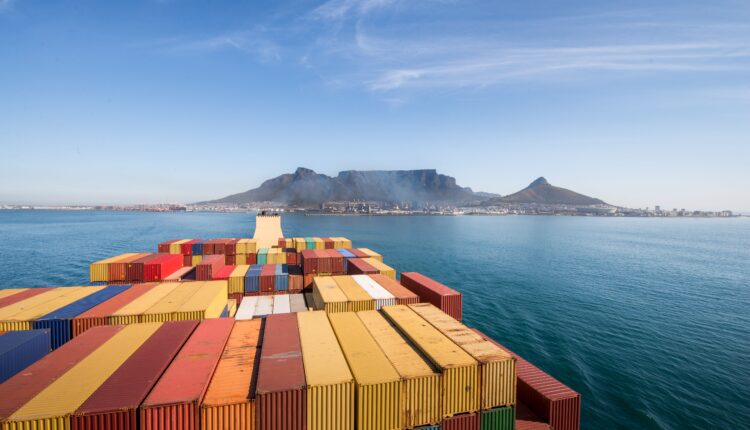 This week, authorities in South Africa announced that the country’s economy is 11 percent larger than previous estimates after Statistics South Africa changed its method of calculating gross domestic product. The new definition of the national statistical service uses a refined, more modern classification of activities, new sources of information and a new reference year (2015 instead of 2010). The new definition also changed estimates for other key variables, including household consumption to GDP ratio and GDP per capita, which increased by 16 and 9 percent, respectively. This higher GDP also means that Africa’s second largest economy (still) has a lower debt burden than previously assumed. According to Annabel Bishop, chief economist at Investec Bank Ltd, the new definition suggests that South Africa’s debt ratio will remain below 80 percent through 2023-2024, while earlier estimates were at 87.3 percent at that point. For more information on South Africa’s debt burden and the development of the country’s economy during the pandemic, see “From Stimulus to Debt: The Case of South Africa”.

New energy projects announced, including the redesign of landfills in Rwanda, the expansion of solar and wind capacities, and the construction and modernization of nuclear power plants

This week, the Rwandan capital, Kigali, announced a new green project that aims to use the Nduba landfill to generate energy for the national electricity grid. In 2020 the area was classified as an environmental and health hazard, and this new project will redesign the landfill to capture the gases (such as methane) it produces and convert them into electricity instead of releasing them into the air. The solid waste can also be turned into other materials like plastic and reused into items like bricks, power poles and chairs. According to The New Times, landfill gas collection and use, waste conversion to energy, and aerobic composting can all make significant contributions to reducing the gas emissions that cause global warming. In total, the government plans to invest $ 28 million in projects that can use gas landfills to generate electricity and also create new green jobs.

The government argued that such measures are essential as Rwanda’s cities are undergoing rapid urbanization – the population of Kigali alone has skyrocketed from just over 600,000 in 2002 to 1.6 million in 2021.

At the presentation, Environment Minister Jeanne d’Arc Mujawamariya explained the reasons and outlined the hoped-for next steps in the efforts: “The waste should not be wasted. We should turn waste into revenue. As soon as investors generate income from recycling waste, we will work with them to incentivize households. ”The project is part of an agreement between the Rwandan Environment Ministry and the Luxembourg government, as well as part of an effort to strengthen diplomatic relations and the Support technology transfer between the two nations.

Other renewable energy sources such as solar power continue to grow across the continent. Investment firms Gridworks and New GX have announced investments of $ 40 million in Sustainable Power Solution Investments (SPS), which will be used to build additional solar systems that collectively generate 100 MW of electricity in sub-Saharan Africa, particularly Ghana and Nigeria. The investment in SPS is the second since 2019, when Gridworks committed $ 31 million to enable the installation of 45 MW of solar energy across the region.

In related news, South Africa has pushed ahead with plans to expand its solar and wind capacity by 2.6 GW and received 102 offers from companies for such projects this month. The Ministry of Natural Resources and Energy, which will fund the projects, said it will announce the winning bidders in October and November this year and the winners will have to complete the projects by April 2024.

As part of efforts to reduce the country’s reliance on carbon-intensive energy sources, South African energy regulators are trying to increase the country’s nuclear power capacity. Last week, Minister of Natural Resources and Energy Gwede Mantashe announced plans to build a new 2,500 MW nuclear power plant by 2024, the project was “not affordable, not reasonable and should not be approved”.

South Africa currently has the continent’s only nuclear power plant, the Koeberg nuclear power plant near Cape Town, which generates 5 percent of the country’s electricity. In particular, a new $ 1.2 billion program was recently launched to extend the life of this facility, which includes replacing six steam generators and recirculating air coolers, as well as necessary maintenance of the turbine system. As a result of the renovations, the operating life of the system, which has been connected to the public power grid since 1984, is to be extended by 20 years.

Nigeria and Russia this week signed a military cooperation agreement that lays down the framework for Russia’s delivery of equipment and troop training to the West African country. According to the Nigerian Ambassador to Russia, President Muhammadu Buhari believes Russia can help Nigeria defeat Boko Haram, which continues to add to insecurity in northern Nigeria.

This agreement is another step towards strengthening relations between the two countries: for example, Russia held its first summit with Africa in October 2019, attended by 43 heads of state and government, with the aim of revitalizing Russia’s economic, political and military influence on Africa. At the summit, Russia signed the first of many security and economic agreements, including a contract for the supply of attack helicopters to Nigeria. For more information on Africa-Russia relations, see the 2019 Commentary: “Vladimir Putin Resets Russia’s Africa Agenda to Counter the US and China”.

In similar news, Nigeria and South Korea have worked to strengthen their political, economic and defense ties, as demonstrated recently by Korea’s First Vice Foreign Minister Choi Jong Kun’s visit to Nigeria earlier this week. In fact, during his visit, Kun stated that in view of the impending COVID situation, he would like a direct flight between the capitals of the two countries as well as increased cultural cooperation, technology, education and trade within the next five years. The two countries also want to work together on security issues as Kun and Nigerian Transport Minister Rotimi Amaechi met to discuss maritime security during the visit.

This trip was another step in Korea’s quest for a long-term, mutually beneficial relationship with Africa over the past few years: Korea, for example, sent US $ 200 million in masks and medical equipment to the continent to help its fight against COVID-19 to support. In March of this year, the South Korean ambassador to Nigeria stated that the South Korean embassy was interested in a joint program for children as well as other cultural programs to help Koreans understand Nigerians’ culture. The Korea International Cooperation Agency (KOICA) has also rapidly increased its aid to the region since 2016.