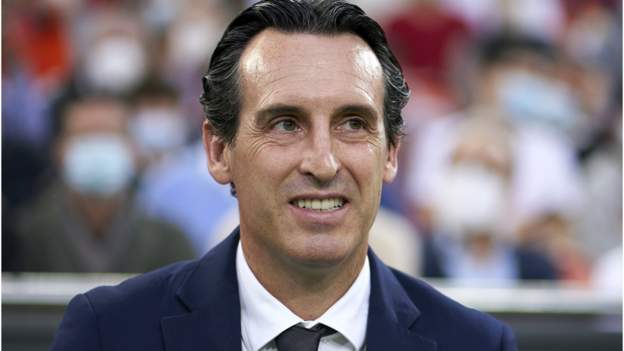 Newcastle are hoping to appoint ex-Arsenal boss Unai Emery as their coach ahead of Saturday’s game against Brighton.

The 49-year-old, who is currently in charge of Spanish club Villarreal, has proven to be a top contender as United’s new owners look to replace Steve Bruce.

However, work still needs to be done on a deal with the Spaniard, whose contract with the La Liga club runs until 2023.

Emery will lead Villarreal in Champions League Group F against Young Boys on Tuesday night and in the pre-game press conference on Monday he said he was unaware of ties with Newcastle.

However, in a press conference on Tuesday, Villareal President Fernando Roig said he was not worried about the interest in Emery and was “sure his mind won’t wander elsewhere”.

“Unai has a contract with us and contracts are there to be fulfilled,” said Roig. “We hope we can hold this contract through to the end. I have no doubt about his professionalism in this regard.”

Emery won the Europa League last season and defeated Manchester United on penalties in the final in May.

Before joining Villareal, he was in charge of Arsenal for 18 months will be released in November 2019.

In three years with Sevilla from 2013-16, he won three consecutive Europa League titles and then moved to Paris St-Germain, where he won Ligue 1 and two French cups.

Former coach Bruce left the club on October 20 by mutual agreement, with interim boss Graeme Jones taking over the team for the last two games, a 1-1 draw at Crystal Palace and the subsequent 3-0 home loss to Chelsea.