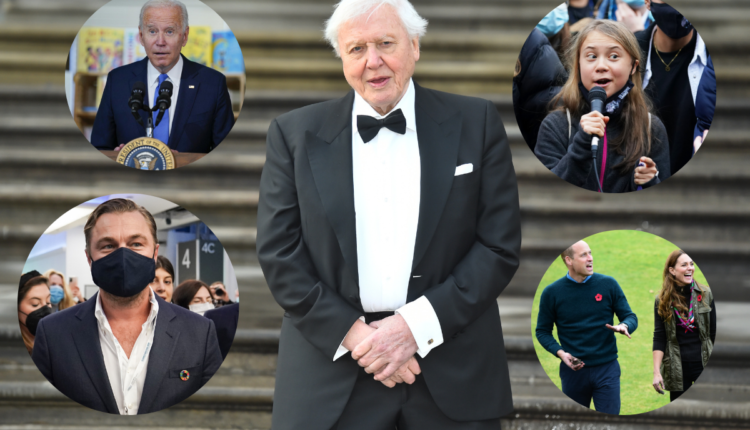 COP26 is underway and world leaders and celebrities alike have come to Glasgow to attend the summit.

Scotland’s largest city is in the spotlight this week as it is home to some of the most iconic faces in the world.

And it’s not just politicians like Joe Biden and Boris Johnson, global superstars with an interest in climate activism have arrived ready to stand up for the cause.

Here are all the celebrities in Glasgow for COP26 …

Which celebrities are in Glasgow for COP26?

Leonardo DiCaprio, famous for starring in Titanic and Wolf of Wall Street, is also an established climate activist.

After founding the Leonardo DiCaprio Foundation in 1998, he has been donating money to nature conservation projects for over two decades.

The award-winning actor was spotted at Glasgow’s Maryhill on Monday night attending an event at The Engine Works.

Since then she has been a key figure in the fight against climate change and will speak at various climate protests over the course of the conference.

Thunberg was already seen on Monday joining other demonstrators in Glasgow and singing “you can shover yer climate crisis up yer a ** e”.

David Attenborough spoke to world leaders at COP26 on Monday after long campaigning to raise awareness about global warming.

At 95, it was not yet known whether the former BBC boss and spokesman for the hit series Our Planet would attend the summit in person or through Zoom.

His hard-hitting speech at Monday’s conference was praised by people across the country as he urged leaders to make ambitious commitments to prevent further global warming.

Duke and Duchess of Cambridge

William and Kate, also known as the Duke and Duchess of Cambridge or the future King and Queen, arrived at Glasgow Central Station on Monday afternoon.

The royal couple attended an event in Dennistoun where William and David Attenborough previously co-founded the Earthshot Prize, known as the “prestigious global award” for the environment.