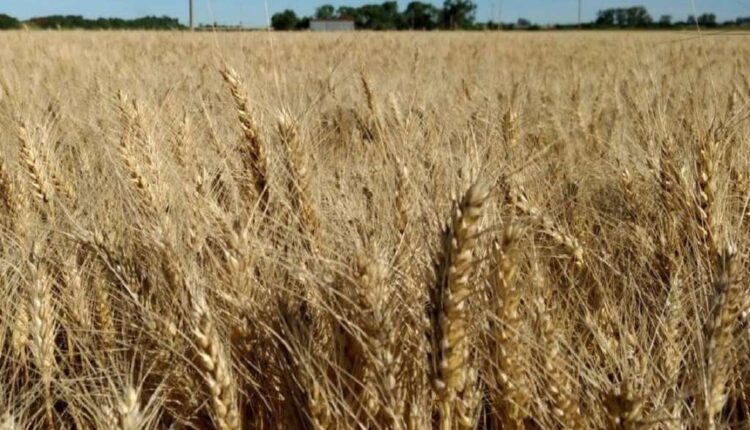 Expected wheat sales for the current 2021/22 season increased 41% year over year, according to data from the Undersecretariat for Agricultural Markets of the nation’s Department of Agriculture. According to official figures, the volume traded on August 18 was 5.5 million tons compared to 3.9 million tons employed at the same time last year.

Meanwhile, according to Foreign Sales Affidavits (DJVE), the increase is over 54%, from 2,619,000 to 4,045,000 tons on the same date, within the scope of around 6.5 million hectares that have already been planted, in line with the area of ​​the Preseason.

Undersecretary of State for Agricultural Markets Javier Preciado Patiño told TN.com.ar that the advancement of commercial activities is a trend that has intensified in recent campaigns. “Although wheat is now in a vegetative state, the export business for next year has already started. There is less and less expectation that the wheat will be harvested ”.

With this in mind, he emphasized that just two months after the start of the harvest, the producers had already promised 25% of the potential volume in export contracts, considering that 20 million tons could be reached. “That’s good, because it allows us to take advantage of greater opportunities in the international market and give producers and exporters predictability.”

For his part, Argentrigo President Miguel Cane told TN.com.ar that this was mainly due to the expected commercialization (forwards) leaving “good profitability”. Although he made it clear that this also has an impact on lower expected production last year. “When people see that there is a closing value even higher than the wheat available, they go out to sell and avoid problems. Especially in areas where they have no climatic difficulties. Apart from the increased costs, the margins are closing ”, said.

When asked by TN.com.ar, the consultant Fernando Perosio analyzed: “For the time being, these figures show that manufacturers have learned to use the futures markets themselves or to expect sales through futures transactions. Today, until December / January or February, a wheat is around 235 US dollars in the south of Buenos Aires, in the Bahía Blanca area, practically as high as in the available area. This is an excellent price given the global production cut corrected by 15.5 million tons in the latest US Department of Agriculture (USDA) monthly report.

However, Perosio looked at another aspect that farmers consider when pre-selling: the risk of a possible increase in grain retention. Government has the power to increase it from 12% to 15% without having to discuss it in Congress. “Producers are dependent on the weather, but also on humor or political decisions, so squeezed between rock and hardship.”

On this aspect, Cané analyzed: “Everything has to do with it, Argentina is a chessboard and there are a thousand things that it can influence in contrast to other countries. That’s another one, but I think it’s not that latent because they didn’t increase it in the past harvest ”.

Eugenio Irazuegui, research director at Runner Zeni, however, assured that there is indeed “an increase in the commercialized volume of new wheat from forward operations, well before last season”.

Recalls that a higher volume is expected than in the previous cycle, which was “severely affected by water shortage” in the central strip of the country. “That made producers wait for conditions to improve, which ultimately didn’t happen. As a result, due to the weather affecting the yields, it was not marketed as heavily in advance. In fact, last year production was much more concentrated in the wheat area in the center and southeast of the province of Buenos Aires ”.

For example, Precious Patiño pointed out that if 20 million tons were reached there would be “an offer of more than 2 million more than 2020/21 that registered 17.6 million tons”.

The runner Zeni analyzed the situation of the harvest, divided it into 13 wheat regions and assigned each a percentage of the participation in the total area.

The condition is good or very good in 10 zones. The remaining 3 are NOA (regular), NEA and North-Central Córdoba (regular to good). As far as water reserves are concerned, they range in 7 of the areas from “scarce to sufficient”, in 2 (NOA and NEA) from “poor to scarce” and in the remaining 4 from “adequate to optimal”.

Cané made it clear that due to the lack of water in some areas, the estimate has fallen somewhat, so it is important to watch how the panorama develops. “In fact, we started with expectations of 20 or 21 million tons, whereas today we are between 19 and 20 million. If the drought is not cut in the spring it can have consequences ”.

Meanwhile, Perosio recalled that in its latest report, the North American panel has not changed the monthly estimate of wheat production in our country despite the downward revision at the global level, especially due to the poor productive moment in Russia through. Germany, Canada, France and the USA.

He stated that “The USDA expects Argentina to be 19 million tons based on an area between 6.5 and 6.7 million hectares, similar to last year. Argentina would have wheat exports between 10 and 11 million tons. The remainder, about 7.5 million, would be used for domestic consumption and industry, plus a supply that is always kept in reserve for the following year.