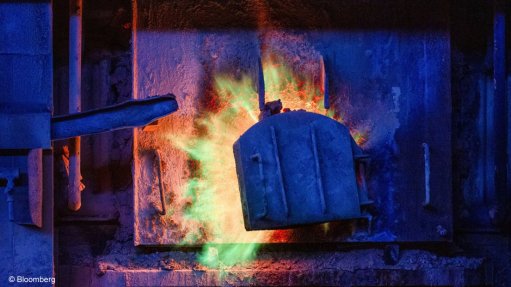 Concord Resources, a trading house founded six years ago to challenge the dominance of Glencore and Trafigura Group in the metal markets, could list its shares as early as next year.

The private equity-backed company has long viewed an IPO as a logical step and believes 2022 may be the right time, CEO mark Hansen said in an interview. He stressed that no decisions had yet been made.

“I think there is an option for us if the commodity markets stay as interesting as they are,” he said.

London-based Concord was founded in 2015 by a group of ex-Noble Group dealers with the support of private equity investors such as Pinnacle Asset Management, Pala Investments, MKS PAMP Group and partners from Ospraie Management.

The company bought its first major asset this summer when it acquired a controlling interest in an alumina plant in Louisiana. Hansen said the deal made Concord one of the top three alumina distributors in the world and would help it capitalize on a renaissance in the North American aluminum market as supply chain bottlenecks force consumers to source production locally .

PROFIT MARGINS
“In the raw materials business, the last 20 years have been very much about finding the cheapest production location,” he said. “The post-coronavirus world is a little different, where you have high logistics costs, there are delays, you have a significant increase in demand – this creates the opportunity to be closer to the consumer and achieve better profit margins.”

Alumina, the main ingredient in aluminum production, and aluminum itself have both risen in price as production in China has been impacted by power outages and efforts to limit CO2 emissions. Alumina prices have soared more than 50% in the past two months, aided by a fire that closed a large Jamaican factory.

Concord is on record earnings course this year, said Hansen. While Hurricane Ida struck his Louisiana facility, it is now almost fully operational again. He said the company was working to incorporate its new acquisition and could consider an IPO, possibly in London, next year once it is complete.

Moving to own a manufacturing facility puts Concord on a similar path to larger dealerships like Glencore – which is also one of the world’s leading miners – and Trafigura, which took control of zinc producer Nyrstar in 2019. While Glencore went public in 2011, Trafigura has remained private and is owned by its employees.

Still, Concord remains a much smaller company than the other two, with a greater focus on metals markets and, in particular, on alumina and aluminum. The latest financial statements filed with Companies House valued equity at the end of 2020 at $ 253 million.