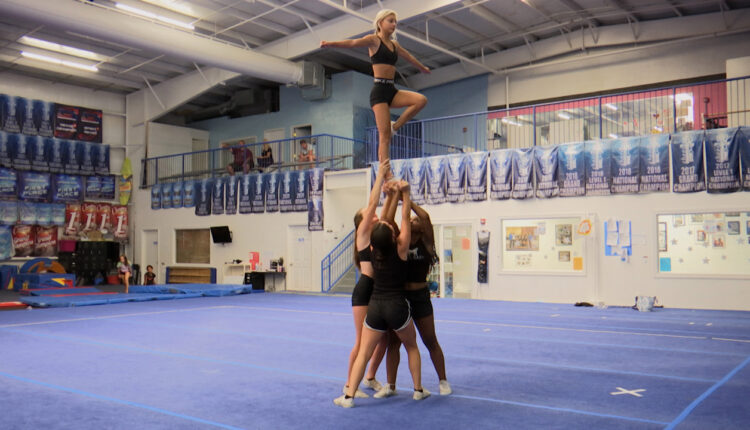 After years of working on that recognition, Cindy Cumbo, founder of Myrtle Beach Allstars, said it can take a while to break the stereotypes that go with the sport.

“There are many hours that people don’t even know go by behind the scenes,” she said.

From flips to twists to hours of practice. Cumbo said it will be a while before people realize how much work there is in the sport.

“There are still the stereotypical films like ‘Bring it On’ and I think that was the world [perception] for a really long time, “she said.

With more than 30 years in the industry, she said IOC recognition was long overdue, and now it is time for others to recognize the ability too.

“It’s not just about putting on a nice uniform, it’s also about athleticism, drive and teamwork is enormous,” said Cumbo.

And since every athlete has a key role to play, if one is missing, it affects the rest of the group.

“It’s not like football or baseball when you need substitutions,” she said. “There aren’t any, so every single person has a permanent place on the stage.”

Breakdance at the Olympics? The time will come in 3 years

While the sport is currently in the works to make its debut at the 2028 Summer Olympics, Cumbo said the thought of having one of their own students compete was exciting.

“Just to think that you would ever have an athlete to compete in the Olympics is incredible,” she said. “Just sewing it into a child’s life is incredible.”

Aside from all of the conditioning and hours of training that cheerleading requires, Cumbo said it can be hard work, but it’s fun. And being able to coach what is now Olympic sport, she said, is inspiring.