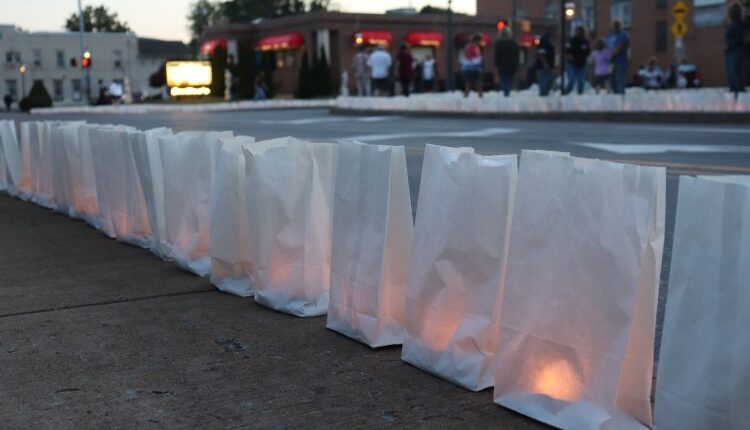 This is how many victims died in the attacks on America on September 11, 2001.

And that’s the number of Jersey Shore Borough residents’ luminaries who were set up and lit on Saturday night in Veterans Park and Tollhouse Park on either side of North Main St. to commemorate the fallen.

Jersey Shore Major Abbey Welker started the lighting to give Jersey Shore a chance to commemorate the victims of the attack.

“Patriotism and kindness start in small towns and around 200 people came to do their part.” said Welker. “I want to thank our community for coming out and showing what our little town is all about.”

Welker also thanked Independent Hose Co. for helping raise 13 additional flags to remember the names of soldiers who were killed in the August 26 suicide bombing in Afghanistan.

“Jersey Shore represents the small town of America. It is an honor to be here “, said Hamm. “We do this so that we can never forget it. We must honor and remember those in uniform who we have lost. “

Lycoming District Representative Scott Metzger also attended the event. He read a poem asking where God was during the 9/11 attacks.

The poem, written by an unknown author, responds that God created obstacles for people to be late for work, miss a train, or cancel a plane ticket to avoid danger.

Metzger recognized the members of the Independent Hose Co. for their commitment to the safety of the district.

“These are our heroes” said butcher.

Rev. Dean Olson ended the evening service with a prayer of unity and compassion.

“As Americans, we are proud of those who stood up for the country.” said Olson.

Gene McCloskey, a 92-year-old veteran of both the Korean War and the Vietnam conflict, said the gesture stirs many emotions.

“It brings tears to my eyes” said McCloskey.

Bobby Rishel, who previously served his community as a firefighter for 12 years, said 9/11 had hit.

“It was great for her to do that” said Rishel.

District residents LeeAnne Rauch and Jody Jolin both came out to show their hometown support in memory of the 9/11 attacks on America.

“It was emotional. Simply emotional. We just watched TV and cried. said Rauch. “We’ll also see the motorcycle ride. We have many family connections to the fire department. “

They both thought it was great that the schools spoke about the attacks as well, as there is a 20 year old generation of teenagers who were not alive at the time of the attacks.

“They weren’t alive, but they ask questions” said Rauch.