Is the US dollar going digital? 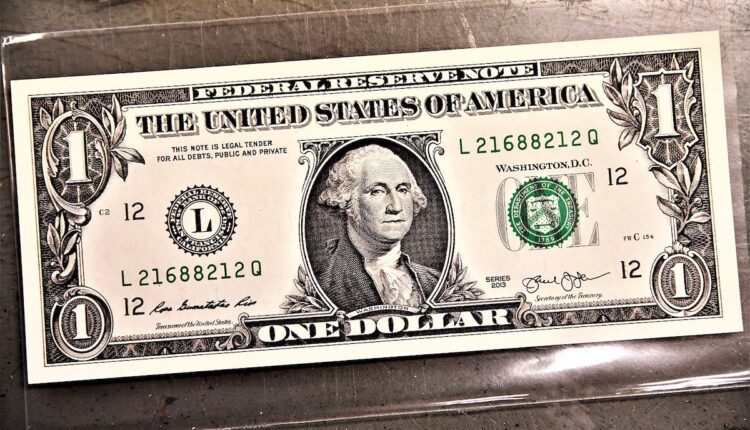 As the US dollar enters the crypto age, the US government is considering the huge changes that the digital dollar would bring.

According to a Bloomberg report, the guidelines will consist of three pending reports related to public and private efforts to digitize the world’s global reserve currency.

First, the Federal Reserve Board is due to release a paper on the U.S. payments system this month, which is expected to provide instructions on whether the country should issue what’s called a central bank digital currency.

Soon after, the Fed Bank of Boston will publish research and open source computer code on technologies that could underlie a digital dollar.

Then the President’s Working Group on Financial Markets will issue policy recommendations to regulate stablecoins, which are actually digital dollars created by private companies.

Taken together, the three reports will provide a guide for the broader financial community on how the Fed and Biden administrations see the dollar’s crypto future, how far they embrace the adoption of a digital currency, and what guardrails they believe are necessary to protect individuals and businesses Investors in a largely unregulated corner of the market.

Digital assets have exploded to $ 2 trillion

The U.S. government needs to act quickly, according to the Bloomberg report, as the value of digital assets has skyrocketed to around $ 2 trillion and China and other countries are also moving fast with plans for their own sovereign digital currencies.

“This went from ‘It’s an interesting idea’ a few years ago to ‘We need a pilot’,” said Josh Lipsky, director of the Atlantic Council’s GeoEconomics Center, of a Fed-issued digital dollar.

The Fed board’s paper is expected to focus on the US payments system as well as the potential prospect of a Fed-issued digital dollar.

However, the US central bankers disagreed on whether the creation of a digital dollar made sense. Fed vice chairman of oversight, Randal Quarles, described its benefits as “unclear” and its risks as “significant and tangible”.

On the other hand, proponents of the creation of central bank digital currencies, or CBDCs, say they can speed up payments, lower their costs, and improve access to the financial system for the under-banks.

There are risks, however. A group of world central banks, including the Fed, the Bank of England and the European Central Bank, issued a report last week warning that CBDCs could tighten banking attempts by making it easier for depositors to settle their cash during a crisis .

The final issuance of a CBDC would take years and the Fed would prefer that Congress pass a bill authorizing the issuance of the digital dollar, said Fed chairman Jerome Powell.

Technological standards of the digital US dollar

The second paper from the Boston Fed could start setting technological standards that would be important not only for the introduction of a digital dollar but for others that are already being developed around the world, said Lipsky of the Atlantic Council.

Most countries’ economies need to be integrated with the US payments system, which means any guidance from the Fed on what to do about privacy compromises and other attributes could affect foreign efforts, Lipsky said.

While official US digital currency will take years – if it does – private companies, including Tether International Ltd. and Circle Internet Financial Inc.

The third paper, issued by the President’s Working Group on Financial Markets, a collection of senior executives from US agencies including the Fed and the US Treasury Department, will address this trend.

Federal officials are concerned because since stablecoins are invested in assets such as corporate bonds and related securities, they could experience serious stress if investors lose confidence and try to redeem their stablecoins all at once.

Powell and the chairman of the Securities and Exchange Commission, Gary Gensler, compared stablecoins to money market funds, which also try to hold a dollar value, but sometimes fail during stressful times.

The report is expected to recommend bank-like regulation for stablecoin providers and for Congress to pass a bill introducing a new, restricted type of charter that would allow crypto banks to manage stablecoins as deposits, said a party involved in the report senior official to Bloomberg.

Such regulation could limit what stablecoin providers can do with their reserves and potentially limit their profits in the name of greater investor protection.

The Fed would have a “huge competitive advantage” over private tokens if it introduced its own digital dollar, Barclays Plc said in a September research report that analyzed the case for a US digital currency.

“Along with the regulations, a Fed CBDC could oust private cryptocurrencies,” the Barclays report said.

Analysis: Six Pressures On The UK Economy From Bills To Shopping To Gasoline | Economic policy