Is “Buy American” the right way for our economy? 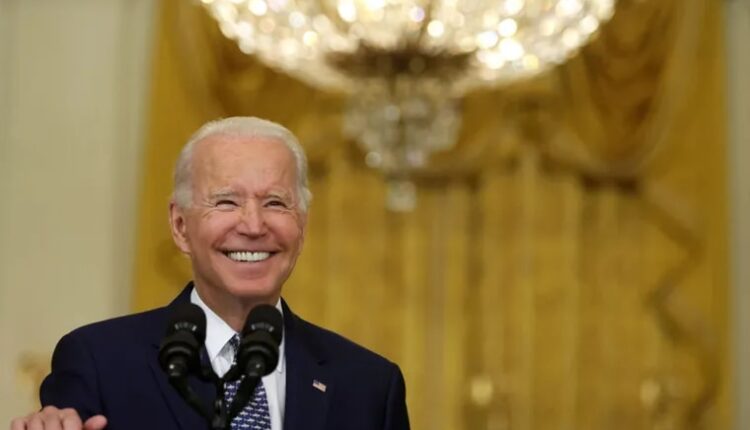 One agenda President Joe Biden shares with his predecessor Donald Trump is to “buy Americans”. Biden’s approach includes a late July proposal for a rule to get the federal government to buy more domestically manufactured products and to “support domestic production of products that are vital to our national and economic security.”

There is debate about how much the rule would change the way the government implemented the decade-old “Buy American” slogan. Americans in industry also disagree on whether the idea behind the mandates to encourage domestic buying and manufacturing is good for our economy right now.

To tap into this discussion, The Inquirer asked two corporate presidents who have done business in Pennsylvania: Does the urge to “Buy American” make sense for the US right now?

The US has made even more strides recently by obliging our government to buy Americans – to make sure those two words aren’t just a catchy slogan. In July, President Biden proposed a rule on how the federal government will put these principles into practice. From closing long-exploited loopholes, to prioritizing domestic companies in the critical supply chain, to increasing transparency in reporting all domestic content in products, the rule represents one of the first good faith efforts in years to truly highlight and highlight American requirements elaborate.

This is an encouraging follow-up to previous Biden government policies and executive orders that aimed to bolster provisions that encourage or require the federal government to source goods in the United States that I have supported, including on these pages.

These proposed reforms could bring enormous benefits. According to a study by the Economic Policy Institute, money invested in the manufacture of durable goods (products for long-term use), including hydropower, has one of the highest employment multiples of any industry. That is, when federal projects adhere to American guidelines and taxpayers’ money is invested in domestically manufactured products, well-paying and long-term jobs will be created and maintained domestically.

My company Voith Hydro supports trade and international trade. In fact, we are part of a global company that has a business presence and manufacturing capabilities around the world. However, given America’s focus on rebuilding our infrastructure and recovering from the economic impact of a devastating pandemic, it makes good business sense to encourage investment in U.S. projects with U.S. corporations, U.S. workers, and U.S. steel.

Wouldn’t it be a great story in American know-how if Pennsylvania-made hydropower systems were installed in dams in the Southeast and Pacific Northwest using steel from the East and Midwest?

We also believe in US competitiveness, the development of the American workforce, and the creation of quality American jobs. Investing in a strong manufacturing base stimulates innovation, and innovation accelerates prosperity. We have demonstrated this commitment with our recent multi-million dollar investment in our York, Pennsylvania facility and along with a solid training program are training the next generation of welders and machinists. We hope that federal agencies recognize the full life cycle benefits of heavy machinery that are truly Made in America, and that companies that choose to ship jobs overseas are not rewarded with taxpayer-funded contracts or government tax incentives should.

Consider another “Buy American” benefit: hydropower is an integral part of our clean energy future, both as a carbon-free power source and as a switchable generation (energy that can be delivered on demand) that boosts intermittent renewables (energy that doesn’t always available) such as wind and sun. Wouldn’t it be a great story of American know-how, ability, and sense of common purpose if Pennsylvania-made hydropower plants with steel from the East and Midwest were installed in dams in the Southeast and Pacific Northwest?

Our and other US companies are doing everything possible to make this a true success story, uniting our entire nation around renewable energy, job creation and infrastructure investments. The continued encouragement and application of Buy American’s requirements and incentives can help make this story a reality.

Stanley J. Kocon is President and CEO of Voith Hydro Inc., based in York, Pennsylvania, and has worked in the hydropower industry for over 30 years.

A “Buy American” initiative is an empty slogan – unless it is paired with a policy that makes it reasonable to build here and buy here, create American jobs and level the playing field for all American companies.

I’m not an expert on all facets of world trade, but after 50 years in the bicycle business, I’ve seen my industry change dramatically, from an environment where most bicycles were made in the United States to more than today 95% of the bicycles are imported.

It’s not because bike companies don’t want to manufacture their bikes here – most would be happy about the imprimatur that comes with these powerful words: Made in the USA. Bicycles are not made here because it doesn’t make economic sense to make them in America right now.

»READ MORE: HVAC jobs are getting hot. Young workers and women are badly needed for this recession-resistant gig.

How do we change that? With better policies and a tariff structure that supports assembly and manufacturing, the United States could be a great place to manufacture bicycles – and countless other products.

Let’s focus on what I know: bicycles. The market is big, between 15 and 20 million bikes a year – big enough to support assembly and manufacturing in the US. But the way the system works now, if a US company bought a complete electric bike in a box that was assembled anywhere in the world except in China, the bike would not be subject to any import duties or tariffs (electric bikes made in China are subject to a 25% duty. subject).

If a company in the USA were to assemble an e-bike, it would have to pay customs duties on the parts that are needed to build the bike. Using an e-bike as an example, America’s tariff structure encourages importing a complete bike in a box rather than assembling the bike in the US

On the other hand, importing a complete bike in a box in Europe has a higher duty than importing the parts used to assemble the bike. The European tariff structure promotes bicycle assembly operations in Europe and as a result the European bicycle industry is growing and robust. Most bicycles sold in Europe are assembled in Europe. This has helped fuel a growing European component manufacturing base in support of bicycle assembly.

The most efficient way to create assembly jobs in the United States is to put high tariffs on imported products that are assembled rather than the parts needed to assemble the final product.

Here’s a simple solution: the most efficient way to create assembly jobs in the U.S. is to put a heavy toll on imported products that are assembled, rather than tariffs on the parts needed to assemble the finished product will. When we start assembling products here – which is usually associated with an under-skilled labor and modest capital investment – component manufacturing follows as long as there is confidence that tariffs will last for a long time.

Of course, once assembly is moved back to America, tariffs could be imposed on the components to encourage US production. But that would have to be done gradually so that companies can prepare for it.

The intent of Donald Trump’s “America First” tariffs was understandable, but they are a failure. They were not implemented strategically and could therefore take months, years, decades. And uncertainty prevents companies from planning how to evolve their supply chain. In addition, importers can simply move production to another country for manufacture. There was no plan to encourage US manufacturing – the aim was simply to punish China.

It wasn’t long ago (the 1990s) that most of the bikes sold in America were made in the United States. To go back to that time, we need changes in tariff policy – not just a slogan.

Patrick J. Cunnane is President of Yuba Bicycles. In 1970 he began repairing homes and sweeping floors at Glensides Keswick Cycle.

Should universities prescribe COVID vaccines for the fall semester?

From Uber Vouchers to Patient Advocates: What It Takes to Increase ER Addiction Treatment