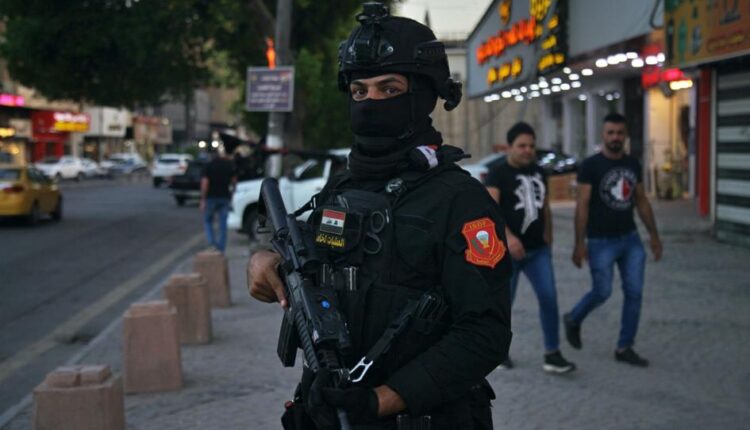 BAGHDAD (AP) – In the run-up to a regional conference aimed at reducing tensions in the Middle East and emphasizing the Arab country’s new role as a mediator, Iraqi security forces spread across the Iraqi capital on Saturday.

Among those invited are archenemies Iran and Saudi Arabia, whose rivalries often took place in Iraq and other countries, including Yemen and Lebanon. Saudi Arabia has announced that it will be represented by its foreign minister, Prince Faisal bin Farhan. It was not clear what type of representation Iran would have at the conference.

The Egyptian President Abdel Fattah el-Sissi and the Jordanian King Abdullah as well as representatives from Turkey, Qatar and the United Arab Emirates were expected. French President Emmanuel Macron, whose country is helping to organize the meeting, arrived in Baghdad early Saturday. Participants were supposed to discuss a regional water crisis, the war in Yemen, and a severe economic and political crisis in Lebanon that led the country to collapse.

Iraqi special forces are stationed in Baghdad, particularly around the Green Zone, which houses foreign embassies and is the seat of the Iraqi government.

Sunday’s meeting is an opportunity for Iraqi Prime Minister Mustafa al-Kadhimi to showcase his recent efforts to portray Iraq as a neutral mediator in the region’s crises and to reconnect with the world after decades of conflict.

Earlier this year, the country hosted several rounds of face-to-face talks between regional rivals Saudi Arabia and Iran, during which mid-level officials discussed issues related to Yemen and Lebanon, according to Iraqi officials. The talks signaled a possible de-escalation after years of hostility that often spread to neighboring countries and at least one war that was still raging.

The talks, while significant, remained unbroken in the face of deep tensions, historical rivalries and ongoing sporadic attacks on Saudi oil targets by Iran-backed Houthis from Yemen. However, it was discussed that Saudi Arabia may reopen its embassy in Tehran, which was ransacked and closed in early 2016 following outrage over the execution of a prominent Saudi Shiite cleric.

Saudi Arabia and other Arab Gulf states like the United Arab Emirates have called for a nuclear deal between world powers and Iran to also address its ballistic missile program and militia support.

Saudi Arabia has sought talks with Iran as the kingdom seeks to end its yearlong war in Yemen against the Iranian-backed Houthi rebels. Tehran, meanwhile, seems to have calculated that a gradual detente with Riyadh, a longtime US ally, will work in its favor during the renewed nuclear talks with Washington and the world powers.

An Iraqi government official told The Associated Press that he believed Saudi and Iranian officials would hold talks on the sidelines of Saturday’s meetings. The aim is to bring opponents to one table and to create a political atmosphere for solving open problems.

Iraq’s message at the summit is that it is equidistant from all sides, the official said. He spoke on condition of anonymity as he was not authorized to make official statements.

For Iraq, the alignment of the talks is seen as an important step. After decades of conflict, the country is trying to regain leadership and leadership status in the Arab world through centrist politics and the determination of the country’s top politicians to maintain good relations with both Iran and the United States and its regional allies.

The majority Shiite country lies on the fault line between Shiite Iran and the predominantly Sunni Arab world, led by Saudi Arabia, and has long been a site of the Saudi-Iranian rivalry for regional supremacy.

Sponsorship Empire Such as Roger Federer’s Sparks an Interesting Debate: Do Celebrities Make the Brand or Do the Brand Make the Celebrities? | Foster Garvey PC