ING Monthly: Back from the beach, into the breach | report 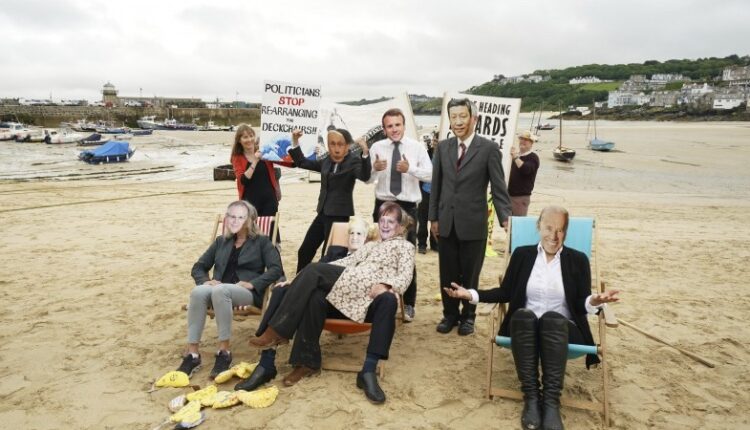 We are back. Full of energy, we take a new look at the global economy, rethink previous calls and are now looking forward to an exciting autumn.

In fact, the summer confirmed and accentuated the four most important themes for the global economy: the ongoing fight against Covid and its variants, supply chain frictions, inflation and the long and winding path of central banks on the exit track.

The heads of state and government of the G7, who met in an English seaside resort in June, still have a daunting task ahead of them. And they will still face a lot of protests, maybe just not quite as creative as the ones we use to illustrate our latest ING Monthly.

The delta variant has become the dominant variety, causing concern in financial markets as it could affect economic recovery. However, assessing Delta’s impact on global growth requires a more nuanced approach. Delta is not yet holding back the entire global economy, but it is an important driver for a two-speed recovery.

While most developed economies have hit a vaccination rate of around 60%, which allows governments to refrain from new lockdowns, much lower vaccination rates in emerging markets have resulted in a “zero covid” approach by many Asian governments. These differences in vaccination rates and government responses clearly translate into different growth prospects. Fortunately, there is a clear advantage: leaving aside the surprises of the new Covid variants, we see the global economy reaching herd immunity before next summer; be it through vaccinations or cured infections.

For developed countries, and especially those with a strong industrial backbone, supply chain frictions have likely become an even greater risk to economic prospects than Delta. Further delivery and production delays could put a significant strain on the growth path for the next 12 months. Supply chains are also a potential transmission channel for the delayed growth and spill-over of “zero covid” in Asia to Europe and the US.

Supply chain problems not only lead to production delays, but are also one of the main drivers behind the surge in inflation in both the US and the euro zone. We have written a lot about inflation since the beginning of the year and our conclusion remains unchanged: yes, most of the current surge in inflation can be explained by one-off and base effects. But even if headline inflation declines next year, inflation is likely to be higher than some, particularly some central banks, currently expect. Record high producer prices, a willingness to pass these costs on to consumers who, with a heavy spending thirst after the lockdown and some excess savings, are more than willing to accept higher prices. Due to the lack of skilled labor, some wage pass-through is also likely. And don’t forget that a major disinflationary driver has evolved into a more inflationary force: globalization.

As higher inflation could weigh on consumer spending, central banks are faced with the difficult decision of when or whether to reduce the tightening. While the taper could undermine the economic recovery and disrupt financial markets, an expiry too late could lag central banks and trigger much stronger monetary policy responses in the future. It looks like both the Federal Reserve and the European Central Bank are now ready to allow at least some second-round effects on wages. A very careful and very gradual taper is the result. This is more likely in the US than in the eurozone, where the ECB moved from a moderate to an overly cautious stance over the summer months.

And while the central banks are still looking to get out, a politician who has shaped the European and global economies for the past 16 years will definitely get out. The general election at the end of the month marks the end of Angela Merkel’s four terms in office. However, the currently too close election race in Germany could lead to very long coalition negotiations and force Merkel to stay longer than she had thought herself.

Autumn could bring a race to the exit lane for the pandemic, the central banks and for Angela Merkel. There is clearly a risk that this will become more of a marathon than a sprint.

Tokyo Paralympics: Harrison Walsh is “heartbroken” due to injury