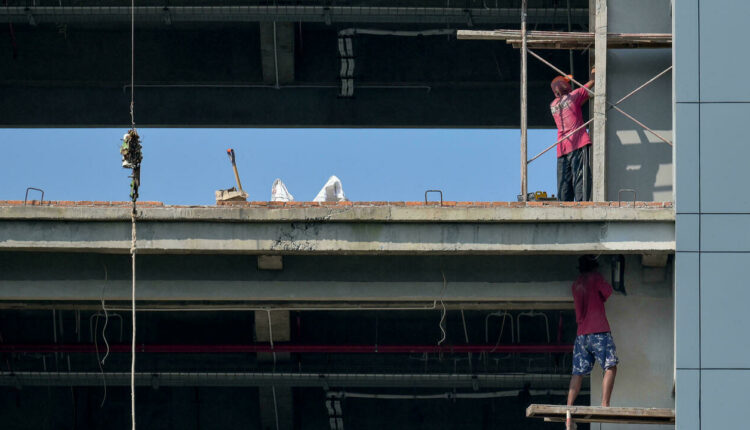 Indonesia’s economy bounced back in the second quarter, seeing its first growth in more than a year, but analysts warned the recovery could be short-lived amid the surge in Covid-19.

The largest economy in Southeast Asia grew 7.07 percent in the quarter from April to June compared to the same period last year, the Central Statistics Agency (BPS) said on Thursday.

The number is higher than a forecast by the Central Bank of Indonesia, which had forecast growth of 6.75 percent.

The expansion, the first positive number in five quarters, was driven by a pickup in exports and imports as Indonesia’s trading partners also saw more activity.

“In order for the economy to continue to grow, it is crucial how we manage the health sector, adhere to health protocols and vaccinate people in order to achieve herd immunity,” said BPS chief Margo Yuwono at a press conference.

Domestic consumption also contributed to the comeback. Motorcycle and car sales rose by 2.5 and 7.5 percent compared with the first quarter.

Increased business activity and public mobility as a result of the easing of pandemic restrictions also contributed to the recovery, Yuwono added.

However, analysts believe Indonesia will struggle to see sustained growth as a virus surge triggered by the Delta variant hits the country.

“Indonesia’s economy is in big trouble, and second quarter GDP data shows the recovery was losing momentum even before the recent surge in virus cases,” Gareth Leather, a senior Asian economist for Capital Economics, said in a statement .

The archipelago has reported more than 3.5 million infections and over 100,000 deaths from Covid-19, although official figures are widely considered underestimated.

It never carried out a full lockdown, but put restrictions in place in early July that restrict travel and non-essential business activities.

Last year, the country’s economy contracted 2.07 percent when it entered the first recession since the 1997 Asian financial crisis.

The central bank recently lowered its forecast for GDP growth for 2021 to 3.5 to 4.3 percent.