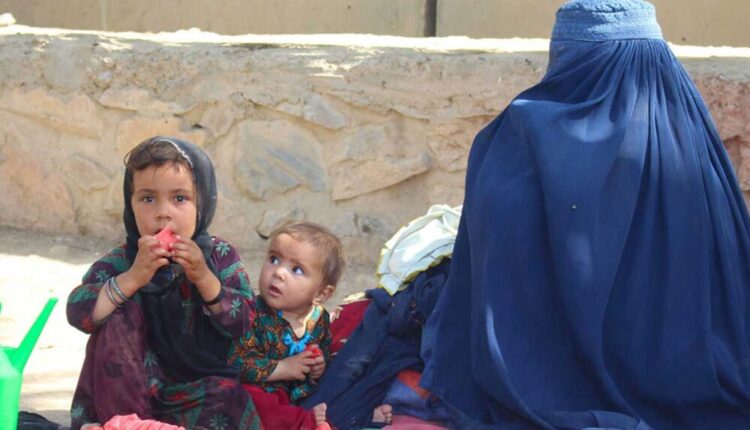 Afghanistan is on track to record the highest number of documented civilian casualties in a single year since records began, the UN Refugee Agency (UNHCR) said on Friday.

As widespread fighting intensified, UNHCR was particularly concerned about the impact of the conflict on women and girls, saying: “80 percent of the nearly 250,000 Afghans who have been forced to flee since the end of May are women and children“Said spokeswoman Shabia Mantoo.

“This is an amazing statistic,” Ms. Mantoo told UN journalists in Geneva. “We have to sound the alarm about the disproportionate toll they pay for what is happening on site.”

According to a report jointly released last month by the UN Human Rights Bureau (OHCHR) and the UN Aid Mission to Afghanistan (UNAMA), more women and children were killed and wounded in the first half of 2021 than in the first six months of the year since records began in the year 2009.

World Food Program (WFP) spokesman Tomson Phiri reiterated fears about the impact of the fighting on civilians, saying that the conflict “has accelerated much faster than we all expected and that the situation has all the hallmarks of a humanitarian disaster”.

In a tweet on Thursday, the UN’s chief political officer, Rosemary DiCarlo, said the organization was “deeply concerned about the situation in the country:” From the country’s recent history it is clear: lasting peace and development will not be achieved militarily. We are ready to contribute to a negotiated solution. “

According to the latest reports, Taliban troops captured another three provincial capitals in the south of the country on Friday and are gradually encircling Kabul. The insurgents now control more than two-thirds of the country, just weeks before the planned final withdrawal of US and international troops.

The latest assessment by US military intelligence suggests that the Afghan capital could come under riot pressure within 30 days.

As widespread fighting intensifies, thousands of Afghans have fled their homes fearing that the Taliban might once again impose a brutal, repressive government. The militant Islamist group ruled the country from the mid-1990s until the post-September 11, 2001 attacks led by the US in late 2001.

Humanitarian workers are particularly concerned that the fighting is increasingly moving to overcrowded urban areas, while UNHCR’s Shabia Mantoo noted that nearly 120,000 Afghans have fled rural areas and provincial towns to Kabul province since the beginning of the year.

In an exclusive interview with the French team at UN News, Mustapha Ben Messaoud, head of field operations at the UN Children’s Fund UNICEF, stated that the number of child deaths had “increased very significantly” in the past four weeks.

“Every second child under the age of five suffers from severe acute malnutrition. They are extremely hungry until they get sick. Today we have camps under construction, with no access to clean water and hygiene, and that means the risk of cholera or diseases that can spread. “

He said the current wave of COVID-19 infections “killed 100 people a day …We have at least 2,000 positive cases a dayand these are only the cases that are counted. “

In addition to conflict and drought, he found that several crises hit the weakest hard. “Bombs don’t discriminate, they fall on women, children, the young … the old. It also means that we will likely have a population that will try to reach Iran, Turkey and Europe, ”he added.

The UNICEF official compared the situation to the height of the Syria crisis and noted that he was at least happy to see two European nations vow not to forcibly send Afghan citizens back home as fighting escalated.

The increasing number of civilians seeking refuge in cities meant that “an increasing number …have no place to sleep“, Said Jens Laerke, spokesman for the United Nations Humanitarian Coordination Office, OCHA. “Ordinarily they would go to family and friends for protection, but that is no longer the case.”

An increase in trauma cases has also been reported, compounded by the recent escalation in violence. According to the World Health Organization (WHO), health centers recorded a 30 percent increase in patient numbers compared to the previous year, with the number almost doubling in the last two to three months, said WHO spokeswoman Fadela Chaib.

The fighting has also created new challenges to reach communities across the country in need of food aid, the World Food Program (WFP) warned. “Auxiliaries work under exceptional circumstances,” said spokesman Tomson Phiri, who noted that 18.4 million people are already in need of humanitarian aid, while the conflict has displaced up to 390,000 people this year alone.

In the past three months, the WFP has provided food and nutrition to 4.1 million people, Phiri said, but that’s not enough.

“Our plan is to expand aid to nine million people by December“He said. However, the UN agency is” severely underserved “and needs $ 200 million” to get us through by the end of the year … to ensure that food is where it is needed, when it is needed ” .

OCHA’s Jens Laerke reiterated the United Nations’ commitment to helping the people of Afghanistan and insisted that the organization intends to “stay and deliver”.

UNHCR’s Shabia Mantoo, meanwhile, urged the international community to step up its response to this recent refugee crisis in Afghanistan and appealed to neighboring countries to “keep their borders open” as “the inability to seek security can endanger countless civil lives” .

Countries that host Afghans who may need international protection should also ensure that they can get to safety “regardless of their current legal status,” the UNHCR spokesman stressed.