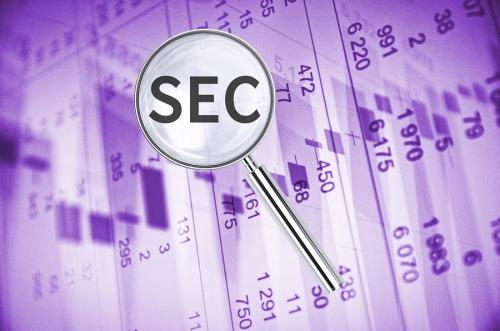 Spoofing is a form of market manipulation in which traders artificially inflate the supply and demand of an asset in order to increase profits. Traders involved in spoofing place a large number of orders to buy or sell a particular stock or asset with no intention of executing the orders. This fraudulent trading practice leads other market participants to mistakenly believe that pressure is being applied to respond to that asset and “falsify” other participants to place orders at artificially altered prices.

Spoofing affects prices because the artificial increase in activity on the buy or sell side of an asset creates the impression that the number of investors willing to buy or sell is shifting. Spoofers submit false bids or offers with the intention of canceling before execution in order to be able to execute real orders at a lower price. Spoofers often use automated trading and algorithms to achieve their goals.

The Dodd-Frank Act of 2010 prohibits spoofing, which it defines as “bids or offers intended to cancel the offer or offer prior to execution”. 7 USC § 6c (a) (5) (C). Spoofing also violates SEC rules, including the market manipulation provisions of Section 9 (a) (2) of the Securities Exchange Act of 1934.

On September 29, 2020, the US Securities and Exchange Commission announced charges against JP Morgan Securities LLC, a broker-dealer subsidiary of JPMorgan Chase & Co., of fraudulent involvement in manipulative trading in US Treasuries. Under the SEC’s order, certain traders on JP Morgan Securities’ Treasuries Trading Desk placed genuine orders to buy or sell a particular Treasury security while almost simultaneously spoofing orders for the same series of Treasury. placed that the traders did not want to run security on the opposite side of the market. The spoofing orders were intended to create a false appearance of buying or selling interest, which would cause other market participants to trade the real orders at prices that are more favorable to JP Morgan Securities than JP Morgan Securities could otherwise obtain.

United States of America versus Edward Bases and John Pacilio

On August 5, 2021, a federal jury convicted Edward Bases and John Pacilio, two former Merrill Lynch traders, for participating in a multi-year fraud program designed to manipulate the precious metals market. According to the US Department of Justice (“DOJ”) press release announcing the promotion, the two traders have fraudulently pushed market prices up or down by routinely “spoofing” large orders on the precious metals futures market. Placed markets that they did not want to export.

After manipulating the market, Bases and Pacilio executed trades at cheap prices for their own benefit and to the detriment of other traders. The DOJ’s indictment detailed how Bases and Pacilio discussed their intent to “push” the market by spoofing electronic chat conversations.

On the subject of Nicholas Mejia Scrivener

The SEC recently accused a California day trader of spoofing, placing multiple orders to buy or sell a stock, sometimes at multiple price levels, that he refused to execute. The SEC alleged that the purpose of the false orders was to create the appearance of excessive market interest and induce other actors to trade at artificial prices. The trader then closed real orders at manipulated prices and withdrew the wrong orders. The SEC found that the trader’s conduct violated Section 9 (a) (2) of the Stock Exchange Act of 1934, and the trader settled by agreeing to an injunction and paying in withholding, interest and a civil penalty.

How to Report Spoofing and Earn a Whistleblower Prize

The path to receiving an award is long and complex. Experienced whistleblower attorneys can provide critical guidance to whistleblowers during this process to increase the likelihood that they will not only receive but also maximize their awards.

SEC and CFTC whistleblower protection for disclosures about spoofing