How the gig economy has grown for startups in the pandemic 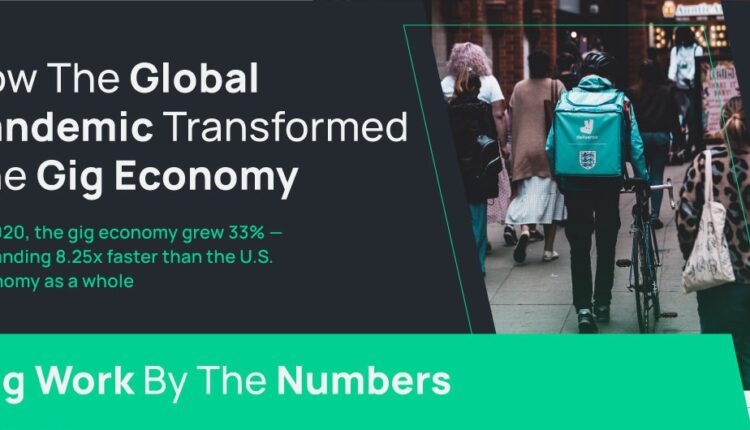 The gig economy has doubled in the last 6 years. A third of that growth happened in 2020 alone, when the gig economy grew over 8 times faster than the US economy as a whole. Given the pandemic restrictions and uncertainty crippling traditional employment sectors, the official unemployment rate hit 14%. Unable to survive on savings and government aid alone, 2 million Americans turned to gig work to supplement their incomes. While some may return to formal employment as the economy picks up, others plan to remain freelancers.

Gig economy after the pandemic

Freelance work will play an important role in post-pandemic recovery. 4 out of 5 US companies plan to increase their use of gig workers. Half of all organizations have already done this. When the pandemic sparked uncertainty about the future, the idea of ​​hiring workers with long-term contracts lost its appeal. Organizations want workers to complete their current project. If you enjoy the work someone is doing on their current project, you can hire them again on the next similar project. In the eyes of the company, less engagement means less risk.

This attitude towards employment can also benefit workers. 65% of gig workers believe that having a diverse clientele offers more income security than a full-time job. While exact income can vary, losing a customer to a gig worker is less devastating than losing a full-time job to a traditionally employed person. In addition, the project-based work means that gig workers work fewer hours. 58% say they work less than 30 hours a week. However, as each gig pays more, 70% of gig workers say they earn more than traditionally salaried colleagues who have similar jobs. Another advantage of gig work is the relatively low barriers to entry. High school graduates have the potential to earn just as much in the gig economy as graduates.

Where the gig work jobs are

Which jobs are dominated by gig workers? Perhaps the most ubiquitous is the delivery service. Apps like Uber and DoorDash rely on gig workers to provide their services to users. Uber drivers set their own hours based on market conditions and personal preferences, not a negotiated schedule. Jobs like this boomed during the pandemic lockdown. The entire delivery industry is expected to reach a total value of $ 200 billion by 2025.

In addition to delivery, other gig jobs include moving house, babysitting, phone repair, bartending at events, gardening, and pet sitting. No type of person is better suited to gig work, as gig jobs can require all sorts of skills. In a gig economy, manual work and skilled work are required.

Whoever can be successful in a gig economy is whoever gets the most gigs. 70% of freelancers use online platforms to find work. People who hope to get started have to create a profile on job boards. New workers should choose a wide range of services that they can offer and try everything. Specialization can come after developing experience.

Brian Wallace is a columnist for Grit Daily. He is an entrepreneur, author and podcast host. He is the founder and president of NowSourcing and has been featured in Forbes, TIME and The New York Times. Brian previously wrote for Mashable and is currently writing for Hacker Noon, CMSWire, Business 2 Community, and more. His Next Action podcast features entrepreneurs trying to reach the next level. Brian also hosts # LinkedInLocal events across the country to promote the use of LinkedIn among professionals looking to advance their careers.