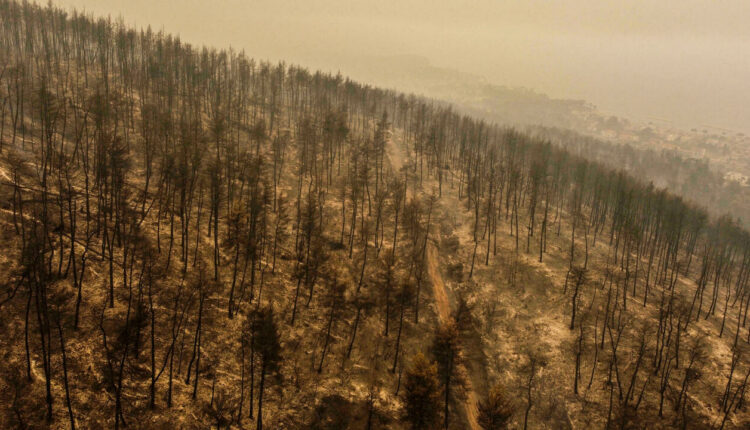 Greece’s economy will weather the double blows of the Covid-19 pandemic and massive forest fires this year, aided by better-than-expected tourist arrivals, the finance minister said on Friday.

“Our estimate of 3.6 percent (economic) growth this year is perfectly feasible and possibly even too conservative,” he said.

Greece had expected to recover just 45 percent of arrivals from pre-2019 pandemic, but they are currently at 70 percent, Staikouras said.

Greece reopened to foreign travelers in May after an ongoing campaign to vaccinate residents on islands and other tourist destinations.

Tourism is vital to the Greek economy as it accounts for 20 percent of GDP.

The results were mostly positive, with limited virus peaks.

A curfew was imposed on the popular island of Mykonos in July after a spate of cases. Similar restrictions have been imposed in Zakynthos and two cities in Crete in recent days.

Greece has spent billions of euros since 2020 to prop up businesses during the lockdown and additional spending will be needed to sustain residents in the areas devastated by forest fires over the past three weeks.

Hundreds of homes and many businesses were destroyed in Evia, Arcadia and the outskirts of Athens during the sustained wave of fire that struck Greece in late July and intensified last week during the worst heat wave in decades.

Staikouras said the government will pay out another 500 million euros ($ 586 million) this year after the fire disaster.