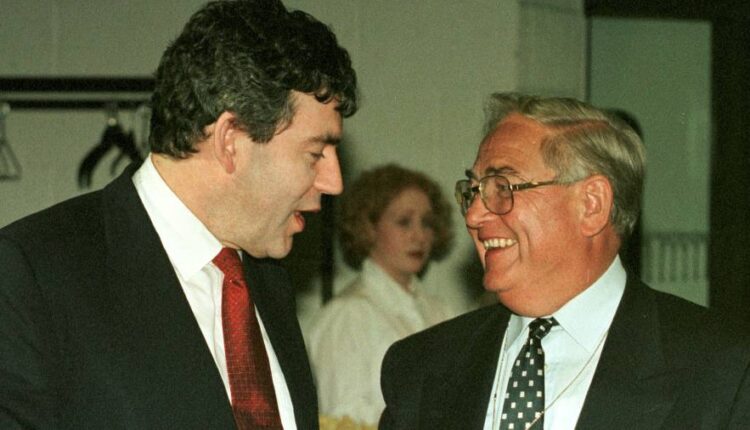 Tony Blair’s cabinet secretary warned that his chancellor had “a weapon at the. . . “Chief” of the Governor of the Bank of England with a “hasty announcement” of greater independence days after the 1997 Labor election landslide, previously secret government papers have shown.

Robin Butler’s memo, released Tuesday by the National Archives, warned the newly elected Prime Minister that Gordon Brown’s announcement might look “gimmicky or panicky” for financial markets. He also raised concerns that Eddie George, then Governor of the BoE, might resign if presented with a fait accompli.

The papers suggest some panic at 10 Downing Street over Brown’s actions which, in most cases, put the bank solely responsible for setting UK interest rates. At the same time, the institution was relieved of its role in managing the country’s debt and responsibility for banking supervision.

The change in banking regulation has been the subject of particular controversy since then, as the Financial Regulator, which has overseen the bank, failed to identify and address problems facing UK lenders in a timely manner during the 2007-2008 financial crisis.

Brown announced the decision to give the bank interest-rate independence just five days after the general election, which brought the Labor Party to power for the first time in 18 years.

The documents express concern about the lack of prior consultation of the decision, including the detailed future arrangements for the bank to set interest rates and the other changes in its role.

The bank had previously set the interest in consultation with the Chancellor of the Exchequer.

Butler’s memo, written on May 4, 1997, warned that Brown’s actions threatened to alienate George and that the Chancellor was setting unnecessary details too early.

“Sending such a detailed letter to the bank with notice 24 hours later looks like holding a gun to the governor’s head,” the official wrote.

Despite the broad support of the advisors for the independence decision, Derek Scott, a Blair economic adviser, warned of the announcement that aspects of the plan were “poorly thought out”.

Butler also warned that the announcement would look like the change had been prepared but not announced ahead of the election.

“That looks like a lack of openness,” wrote Butler. Other ministers may resent not having been consulted, he added.

“Are you going to start your government by making a decision of this magnitude without consulting the cabinet?” he asked Blair.

However, Brown made minimal changes to his plans in response to comments from Blair’s advisors, and pushed for a long letter outlining future interest-rate arrangements.

A subsequent memo from Scott expressing his frustration with the handling of the decision said George was “close” to resigning and warned that if he again felt “overwhelmed” with a decision, he could do so be.

In another memo on May 30, he warned Blair of the dangers of bad relations with his powerful Chancellor. The subject would be a defining feature of Blair’s 10 years in power.

“You have to make sure that the Chancellor does not anticipate any important budget decisions” [at] so late a phase that [it makes] It is difficult for you to ponder and fully understand its implications, ”wrote Scott.