Today is the 100th anniversary of the birth of Henrietta Lacks, commonly referred to as “the mother of modern medicine”. Her cells have been used in experiments in laboratories around the world but were cultivated without her consent. Eventually, her story led to the rewriting of the rules around ethics in healthcare. As the dawn of an era of personalised medicine begins, the lessons from her story are more important than ever.

Lacks, an African American tobacco farmer from Virginia, was diagnosed with an aggressive form of cervical cancer in 1951. Her doctor at Johns Hopkins Hospital in Baltimore obtained a biopsy from her cervix for diagnosis  and treatment. A small part of her tissue was taken to the tissue culture laboratory without Lacks’s knowledge or consent – a common practice at the time.

Nobody had yet been able to keep human cells alive for a long period of time outside the body. However, George Gey, who was head of the tissue culture laboratory, found that Lacks’s cells survived and replicated. Nearly seven decades later, these so-called HeLa cells have now lived more than twice as long outside Lacks’s body than inside.

Lacks died a few months after her cancer diagnosis, but her cells continue to be used for research. They have been vital to studying diseases, including covid-19, as well as for developing vaccines and IVF, to name a few examples. They have also become the foundation of a multibillion-dollar industry. There are more than 17,000 patents involving HeLa cells. 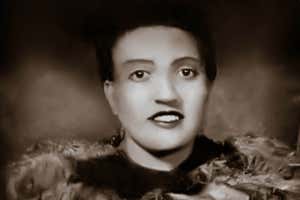 Henrietta Lacks. Her cells have been used all over the world in medical research

Gey supplied the cells to scientists nationally and internationally without making a profit himself, though he gave no credit to Lacks. Her family weren’t even aware of the existence of the cells until 1973, when researchers at John Hopkins approached her children for blood samples to learn more about the HeLa cells.

Their mother’s cells had become a major boon to medical science and Lacks and her family did not receive any compensation or recognition. Lacks’s story came to wider public attention in 2010 with the publishing of  Rebecca  Skloot’s  book The Immortal Life of Henrietta Lacks.

However, the controversy didn’t end there. In 2013, the European Molecular Biology Laboratory in Heidelberg, Germany, published the HeLa genome without the consent of the Lacks family, which could have revealed private genetic information about her descendants. Eventually, a compromise was reached called the HeLa Genome Data Use agreement. Now, two members of the Lacks family sit on the US National Institutes of Health working group that grants permission to access HeLa sequence information.

This sort of agreement should be a blueprint for other genetic data. We are moving towards personalised medicine becoming the norm, in which treatments are tailored to people’s genetics. This approach has the potential to greatly improve how we treat disease, but it also relies on researchers having access to large amounts of genetic data from different samples. With that comes issues around privacy and consent, for both the individual and their family. In every case, there needs to be communication and transparency between researchers and donors.

Lacks’s compelling case was a turning point in the field of bioethics. Most countries now have specific rules and laws around informed consent and privacy to help protect patients. That is a testament to the many ways in which Lacks has transformed modern medicine.