Financials are dragging Wall Street down after JPMorgan’s gains 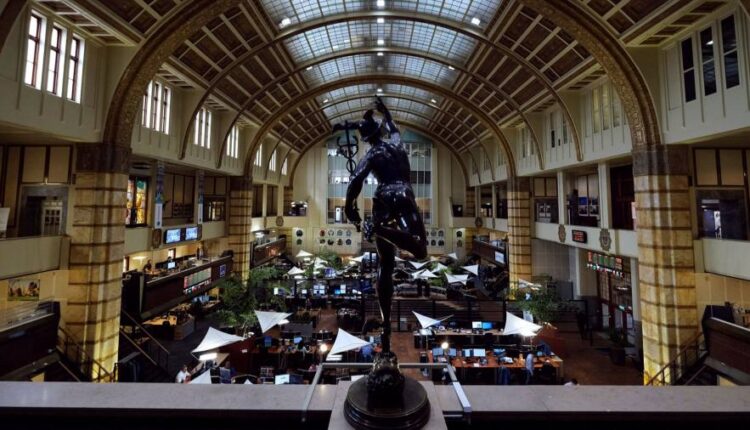 Wall Street stocks fell on Friday, with financials topping the list after banking group JPMorgan Chase warned it expected its spending to spike this year.

The blue-chip S&P 500 stock index fell 0.6 percent in early New York deals after falling 1.4 percent on Thursday. The financial sector was by far the largest declining, with JPMorgan stocks dropping about 5 percent. American Express, Capital One Financial, Goldman Sachs and Morgan Stanley were also under pressure in morning trading.

The moves on Friday came after JPMorgan, an industry leader, cited it would miss a key profitability target this year as its spending soars.

Companies’ earnings season will begin next week, and more companies will be releasing their numbers for the last three months of 2021 and their outlook for the year ahead.

According to analyst estimates by the data provider FactSet, companies that are listed in the blue-chip S&P 500 index are forecasting earnings growth of around 22 percent compared to the previous year.

However, investors expected to carefully examine how factors such as growing wage pressures, price inflation and a tight labor market are affecting executives’ financial projections.

At the same time, market participants remain focused on how quickly the US Federal Reserve could reverse monetary policy that drove Wall Street and European stocks to double-digit gains last year.

Fed officials, whose prime rate affects borrowing costs and stock market valuations around the world, have also signaled their support for the first rate hike of the pandemic-era in March.

The swap markets have priced in a gradual rise, with the fund rate at 1 percent or less at year-end. But equity investors, who have seen double-digit growth over the past two years, wonder whether such predictions are too optimistic.

“The markets are in this transition phase, which of course always involves some doubts,” said Geraldine Sundstrom, Managing Director and Portfolio Manager at Pimco.

“We’re moving from a time when inflation was viewed as temporary and central banks would remain accommodating as far as the eye can see, to a time when it is natural to expect some break in monetary accommodation, but how much that should be is the big question. “Signs for everyone,” she added.

The dollar index, which measures the greenback against six other currencies, traded flat.

With No End in Sight to Pandemic Life, Parents Find Disruption Is the New Normal