Financial Parasitism and the Decline of US Industry 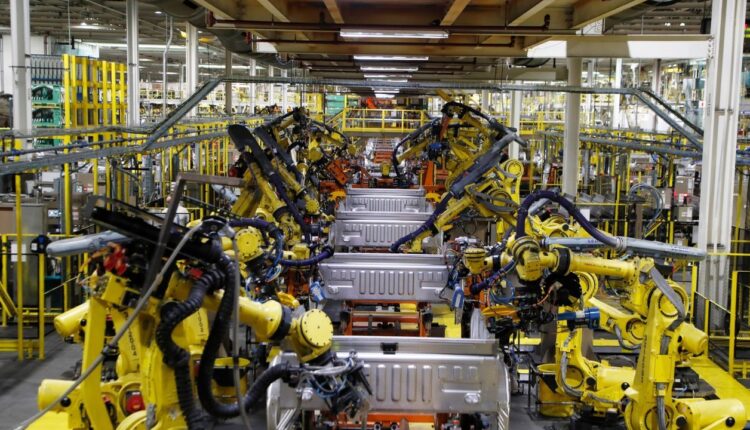 In Michigan, President Joe Biden’s October 5 speech in support of his administration’s infrastructure spending program consisted in large part of a chronicle of the decline of American capitalism.

“We invested to win the space race. We were world leaders in research and development, which led to the development of the internet, but then something happened. We slowed down, we stopped investing in ourselves. “

American infrastructure used to be the best in the world, he continued, but now the World Economic Forum has ranked the US 13th. The situation was even worse in early childhood education, where the Organization for Economic Co-operation and Development ranked the US 35th out of 37 countries.

“We took all of those investments that fueled the strong economy off the gas,” he said. And then came an astonishing remark from the leader of the world’s most powerful economy: “I don’t know what happened.”

As the World Socialist Web Site reported yesterday, Biden’s speech on competition with China was worded when he pointed to significant areas of the economy where China is overtaking the US.

But Biden left unanswered the question of the reason for the historic decline in the industrial efficiency of US capitalism.

The answer lies at another “turning point” – the end of the post-war economic boom and the turnaround in the US economy from the early 1980s.

The decline in profit rates that ended the boom disproved the myth of the so-called Keynesian economy that clever demand management by governments could regulate the contradictions of capitalism.

The surge in profits and living standards that characterized the 1950s and 1960s was replaced in the 1970s by the phenomenon of stagflation – the combination of low growth, significant unemployment and rising prices – something that had never been seen before .

The profitability crisis led the American ruling class to forcibly restructure the economy and class relations – a process pursued with national differences from its counterparts around the world.

The spearhead for the US and global offensive was the high-interest regime initiated by the Federal Reserve under the chairmanship of Carter-appointed Paul Volcker.

Whole sections of US industry were destroyed and a massive offensive against the working class was launched, beginning with the crackdown on the air traffic controllers’ strike in 1981 and the destruction of their PATCO union – an operation carried out in full cooperation with the AFL bureaucracy. CIO.

The US economy eventually emerged from the Volcker-induced recession – the deepest since the Great Depression of the 1930s – but it was undergoing tremendous change.

This included the development of globalized production methods, through which large corporations very often outsourced manufacturing activities to other firms and other countries, including China, in order to take advantage of cheaper labor.

Domestically, the profits generated from these businesses were used in the financial markets, so that investments in new plant and equipment were increasingly not the predominant form of asset accumulation for companies – the growth in industrial capacity led to an expansion of jobs as before in time of the boom – but securing profits through financial manipulation. That is, parasitism, not productive activity, was now at the heart of the US economy.

This process, which was supported and favored by the policies of the US Federal Reserve, began in the 1980s under Reagan and then reached ever greater heights in the 1990s under the Clinton administration, which removed the last remnants of the financial regulations it imposed the depression.

The internal decay and decay at the heart of this new type of accumulation was exposed in the 2008 financial crisis. A 2011 Senate report on the crisis found that it was not a “natural disaster but the result of a high-risk complex financial system” products; undisclosed conflicts of interest; and the failure of the rating agencies and the market itself to contain the excesses of Wall Street. “

In the words of Democratic Senator Carl Levin, who chaired the subcommittee, the investigation found “a financial snake pit full of greed, conflicts of interest and misconduct”.

However, following this devastating report, no action was taken to address the root cause of the crisis. Instead, Wall Street was saved by the government with hundreds of billions of dollars. The Fed introduced quantitative easing policies, which pour trillions of dollars into financial markets not just to continue the speculation that led to the crisis, but to reach new heights.

None of those responsible was charged with the crimes they committed. In fact, Obama’s Attorney General Eric Holder specifically ruled out such an action in 2013 when he said it could destabilize both the US and the world economies. The banks and finance houses were not only “too big to fail”, those responsible for their business were “too big to jail”.

In the time since the global financial crisis, speculative parasitism has reached ever greater heights. The rise and fall of the stock market, and the rise of increasingly mysterious speculation, has been fueled by the ever larger injections of cash from the Fed – more than $ 4 trillion since the near-complete collapse of financial markets in March 2020 at the start of the pandemic.

The development of high-tech and the production of increasingly sophisticated computer chips is one of the key areas for the economy of the future. Here are some of the most egregious manifestations of parasitism, as illustrated by a recent report by economist William O Lazonick on the New Economic Thinking website.

Lazonick has been documenting the growth of large companies buybacks to increase the value of their stocks at the expense of productive investments for some time. He holds out the prospect of the reformist utopia that if this could be stopped, companies could at least be steered in the direction of acting for the common good.

Nonetheless, his work has provided some valuable insights. In his most recent analysis, he pays attention to the high-tech companies demanding billions of dollars from the Biden government under the Helpful Semiconductor Incentive Act (CHIPS) for America.

The $ 52 billion bill was passed by the Senate in June and is now awaiting House approval. The Semiconductor Industry Association (SIA) describes it as “non-partisan legislation that would invest tens of billions of dollars in semiconductor manufacturing incentives and research initiatives over the next 5 to 10 years to strengthen and maintain American leadership in chip technology that of essential importance to us is “Economy and National Security.”

But, as Lazonick and co-author Matt Hopkins report, most corporate members campaigning for the CHIPS for America Act to pass have wasted the support they have received in the past.

They note that there are five major share buybacks among those who signed the SIA letter sent to Biden in February this year. Intel, IBM, Qualcomm, Texas Instruments and Broadcom made a total of $ 249 billion in buybacks between 2011 and 2020, representing 71 percent of their profits and nearly five times the subsidies they are now aiming for over the next decade.

Another lobby group, the Semiconductors in America Coalition (SIAC), which formed in May this year to push for the law to be passed, is even greater. This group includes Apple, Microsoft, Cisco and Google. These firms spent a total of $ 633 billion on share buybacks in the 2011-2020 period, more than 12 times the money under the law.

SIA corporate lobbyists have a clear sense of where the political wind is blowing, with the Biden government emphasizing the need to fight China. They wrote in their February letter that the decline in the US share of global semiconductor chip manufacturing capacity from 37 percent in 1990 to 12 percent in 2020 “is mainly due to the governments of our global competitors offering significant incentives and subsidies to attract new semiconductor manufacturing facilities ”. while the US does not. “

As for Biden’s stated ignorance of the reasons for America’s decline, Lazonick and Hopkins make it clear that he is aware of the role of share buybacks. They point out that as Vice President in 2016 he wrote an opinion piece in the Wall Street Journal saying, “The government should look at regulations that encourage stock buybacks and tax laws that prevent long-term investment and say,” The future the economy”. depends.”

But this president from Delaware, home of American tax avoidance companies, is a long-ago bought and paid entity on Wall Street. Furthermore, the growth of parasitism has become so ingrained in the financial system and in the economy as a whole that attempts to contain it threaten to spark a financial and economic crisis. The US response to the decline in production will not be a return to the past but, as the crippling of Chinese telecommunications giant Huawei shows, an intensified attack on its rivals.

To the extent that industrial and manufacturing capacities are developed, it will emerge from the urge to go to war rooted in the objective logic of the strategy of “strategic competition” with China that the Biden government has put on its agenda.