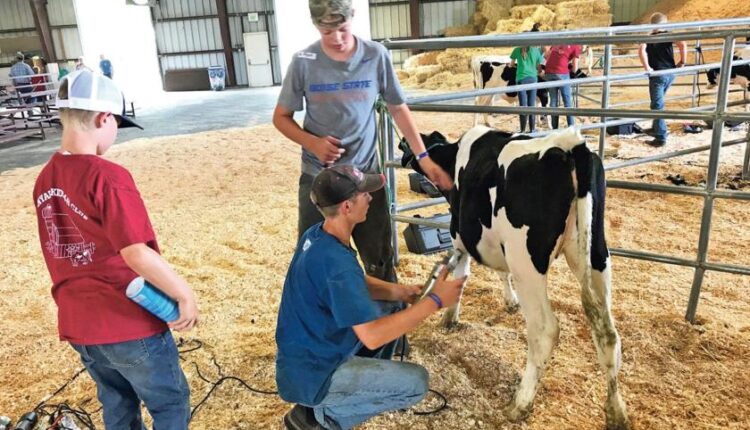 The annual Northwest Washington Fair is back. This will boost Lynden’s economy.

Lynden City’s Finance Director Anthony Burrows and Lynden Mayor Scott Korthuis both said it was difficult to quantify the economic impact of the fair – there are no entry fees or taxes – and it is difficult to map the total sales tax figures from Company specifically for the fair.

Burrows said that while it is hard to follow, what is clear is that the fair is increasing sales tax and drawing people into the community.

“The sales tax revenue has a direct benefit to businesses,” said Burrows. “But there is this indirect benefit that helps market or sell Lynden. That way people will come back to these shops or this restaurant or whatever they saw when they went to the fair. ”

Chris Pickering, the show’s chief executive officer, said the show attracts people from outside the county. He said the fair has a large Canadian base and the fair’s latest poll says 15% of guests are from outside of Whatcom County.

Gary Vis, executive director of the Lynden Chamber of Commerce, said the show had both positive and negative effects on the economy. He said some stores like furniture stores, hardware stores, and paint stores could have a slight negative effect due to the declining business.

However, he also said that the fair gives back to the economy in several ways.

“I can say that I am pretty confident that most of the money that is used to organize the fair will go back to the community,” said Vis. “They buy supplies, they pay wages, companies that provide services to them will come back into business, entertainers maybe from the local area, things like that.”

Pickering said the fair is a 501 (c) (3) not-for-profit organization, which means they don’t get federal funding and all of the money they make from the fair goes back to the fairgrounds.

“[The fair] funds everything that happens all year round so we can offer low cost businesses to people for their events, ”Pickering said. “The quinceañera here or even a memorial service.”

Pickering also said that there are companies that make most of their money from the fair every year. He said that the Kiwanis Breakfast and Noon Clubs hold the fair as the only fundraiser each year, and that both the Lynden PTA and Lynden Christian Schools have booths that bring them a ton of revenue.

“I think, in general, most of the people in the community also set a value that cannot be measured at the fair itself,” said Vis. “The ability to come together, watch the children show animals and learn about raising animals and the responsibilities that go with it. Can you put a figure? I do not think so.”

Top news of the day: Indian ice hockey ends 41 years of waiting for Olympic medal; The Supreme Court says the truth needs to come out on the Pegasus issue and more