Expert shares indicators that show weakness in the future 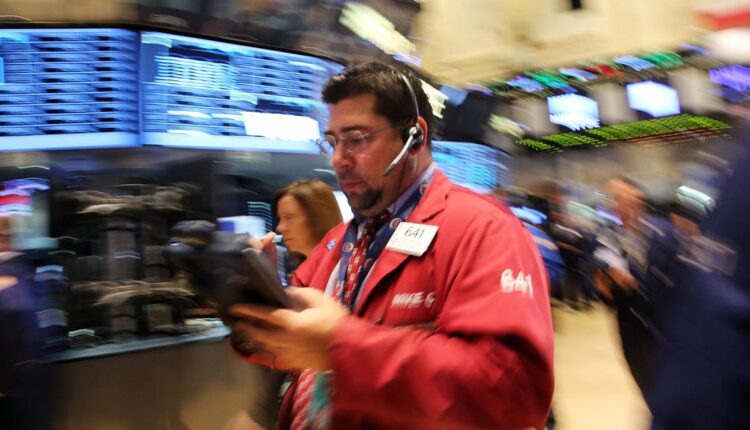 Stocks have been relatively calm so far this year. Maybe too calm.

According to Lance Roberts, senior investment strategist at RIA Advisors, which manages more than $ 1 billion in assets, signs are starting to mount that stocks are plunging into a period of volatility – the downtrend.

Roberts argued in a July 27 comment that the period of stability and excessive speculation created by the Federal Reserve through its loose monetary policy and pledge to support financial markets is leading the market towards increased volatility.

“Long periods of ‘stability’ with regularity lead to periods of ‘instability'”, he continued and illustrated his position with the following graph, which shows that large volatility peaks occur after phases of appreciation and calm.


For Roberts, markets are in a worrying position as investors across all asset classes are exuberant.

Junk bond yields are at all-time lows, which means demand for them is high as bullish investors put aside worries about defaults. The number of mergers and acquisitions has also increased significantly, suggesting that companies are confident of increasing their spending as investors fill their pockets. The amount of money borrowed by investors is also at an all-time high. Ratings are inflated. The list goes on.

And there is no doubt in Roberts’s mind that this exuberance in the market is driven by Fed policy.

“With an R-square close to 80%, the Fed is clearly influencing financial markets,” he said of the regression analysis shown below, which measures the relationship between stock performance and Fed support.


But back to volatility. A big reason Roberts sees volatility coming is because of developments in the bond market. Returns have peaked meaningfully for now, and if they have in the past, stocks have followed suit and sold. 10-year government bond yields fell from 1.74% at the end of March to below 1.3%.

That shouldn’t be the case, given a rising consumer price index (CPI) and strong GDP growth, Roberts said.

“The risk to this entire market remains a credit-related event,” said Roberts. “Interest rates warn that ‘something is wrong’ in the financial system. In the past, when interest rates rose from lows and peaked, this was preceded by periods of ‘market instability’.”

Roberts’ concerns about the role of Fed support in financial markets echo those of many other investors and institutions.

When the central bank announces – or even gives an indication of it – market participants closely monitor when and how quickly it will begin to curb bond purchases.

Given that CPI numbers and announcements about the Fed’s plans to reduce the throttling are likely to come soon, bond yields could skyrocket in a short time. If so, investors could ditch stocks in favor of more attractive risk-free returns and cause a sell-off.

The impending volatility is also a concern. Dave Keller, chief market strategist and technical analyst at StockCharts, told Insider Tuesday that he sees a 10% correction in the S&P 500 as “very likely” and that cyclical sectors could fall further. This is due to deteriorating market sizes and the separation of moving averages.

However, Keller believes the S&P 500 will close the year at current levels, which is in line with Wall Street’s average forecast of around 4,240.

With many valuation standards exaggerated, stocks are undoubtedly in a delicate position. They have seen a virtually unstoppable rise since February, and the S&P 500 is up 18% this year. As Roberts noted, this can be a dangerous thing to do. Even if the phase of weakness is short-lived and the shares are not in the

Health Prosperity: Delta Virus a Cliffhanger for Health and Economy