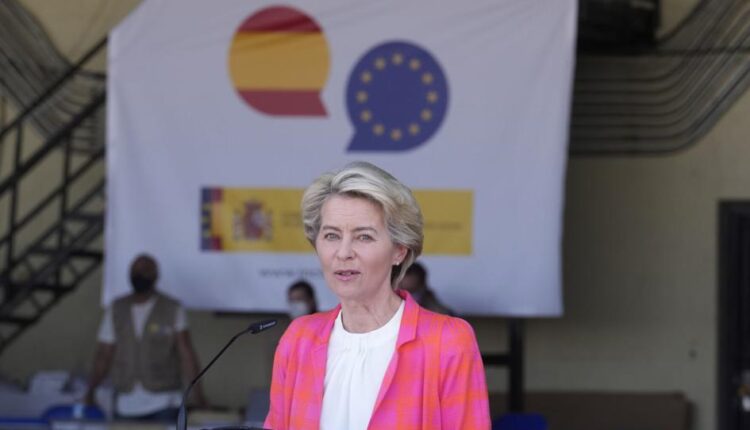 MADRID (dpa) – Top officials of the European Union warned the Taliban on Saturday that the current talks that are being held to secure the departure of as many Afghan evacuees as possible do not mean that the bloc is ready to recognize the new regime.

The President of the European Commission, Ursula von der Leyen, recognized the need to keep in touch with the Taliban during her visit, together with EU Council President Charles Michel, to a reception center for evacuees set up by Spain near Madrid.

She also said that the continuation of European humanitarian aid to Afghanistan will depend on the Taliban’s respect for human rights, especially for women and girls.

“We hear the Taliban’s declaration, which emphasizes that women have their right place in society and the right to study and work within the framework of Islam, whatever that means. But we also hear more and more reports of people being hunted for their previous work or opinions, and we hear of women who are turned away when they show up at their usual place of work, ”she said. “The 1 billion euros that the European Union is making available for development aid over the next seven years is tied to strict conditions: respect for human rights, good treatment of minorities and respect for the rights of women and girls.”

Top EU officials, along with Spanish Prime Minister Pedro Sánchez, toured the facility at the Torrejón military airfield, which said it could accommodate 800 people.

Two planes sent from Spain to Kabul have already arrived at the air force base. One brought back five Spaniards and 48 Afghans who had worked for Spain and their families. A second came late Friday with 110 other Afghans. A third flight with a further 110 passengers left Kabul for Dubai, which Spain uses as a stopover before the evacuees are flown to Madrid.

The air base also receives flights from the European Union with other Afghan evacuees. All are expected to spend up to three days there before moving to other reception centers in Spain or other European countries.

Sánchez said the reaction from other EU members was positive and that some Afghan evacuees had already left for other EU countries.

But the United States and NATO allies are trying hard to help Afghans who worked for their armed forces and now fear reprisals from the Taliban, even reaching and entering Kabul airport. Von der Leyen said EU officials are talking to American and NATO officials about the problem, but are also working “on the ground” in Kabul.

However, von der Leyen also called on the international community to help the remaining Afghans. She said the collapse of NATO-backed democracy and the return of the Taliban to power provoked the displacement of nearly 3.7 million people. Many European nations also fear another wave of migration, such as that triggered by the Syrian civil war in 2015.

“We have to help displaced Afghans return to their homeland or at least have prospects, regardless of whether they are currently in Afghanistan or in neighboring countries,” she said.

Von der Leyen said the Afghan migration issue must be a key concern of next week’s G-7 meeting to help “create legal and safe routes around the world, shared by us, the international community, for those who want protection need to be organized ”.

“This resettlement of vulnerable people is of the utmost importance,” she said. “That is our moral duty.”

What GMP (gray market premium) signals before the listing