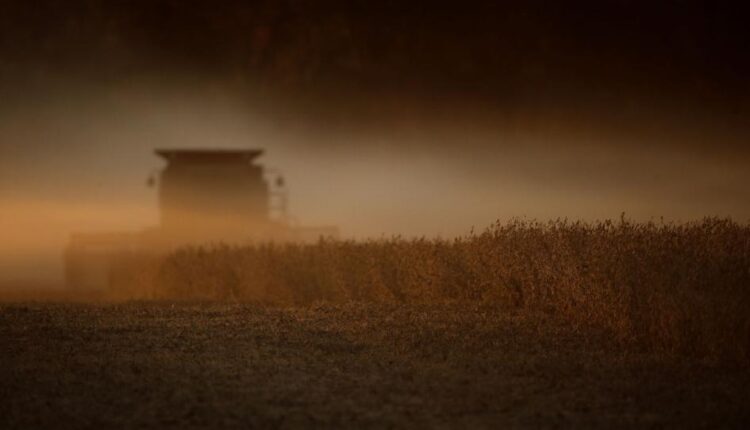 The Biden government said Wednesday it banned the use of chlorpyrifos, a widespread pesticide that has long been targeted by environmentalists, on food crops because of its risks to children and farm workers.

The environmental protection agency acted after a federal appeals court ordered the government in April to quickly determine whether the pesticide is safe or should be banned.

The EPA had instituted a ban during the Obama administration, but the agency overturned that decision shortly after President Donald Trump took office in 2017. President Joe Biden has pledged to review more than 100 of his predecessor’s environmental regulatory measures.

“Today the EPA is taking an overdue move to protect public health,” said Administrator Michael Regan. “After the delays and denials of the previous administration, EPA will follow science and put health and safety first.”

Chlorpyrifos is used on a wide variety of crops, including soybeans, fruit and nut trees, broccoli, and cauliflower. Studies have linked it to possible brain damage in children and fetuses, which could lead to decreased IQ, memory loss, and attention deficit.

In 2007, the Pesticide Action Network North America and the Natural Resources Defense Council filed a request with the EPA to revoke all approved concentrations of chlorpyrifos in food.

The EPA announced on Wednesday it would do so based on its findings that chlorpyrifos does not meet the statutory standard of reasonable safety that exposure to the pesticide will not be harmful.

“It is gratifying to see that the EPA is once again sticking to the best science available when making critical regulatory decisions,” said Rep. Eddie Bernice Johnson, Chair of the House Committee on Science, Space and Technology.

“The ban will protect farm workers, their families, communities and the food supply,” said Allison Johnson, an attorney with NRDC. “The EPA is finally following its own findings on this toxic pesticide.”

Teresa Romero, president of United Farm Workers, said the group was “relieved that farm workers and their families no longer have to worry about the myriad of effects this pesticide has on their lives.”

Corteva Inc. was the world’s largest manufacturer of the pesticide, but stopped making it last year. The company, which was formed following a merger between Dow Chemical and Dupont, previously said declining sales drove its decision and that it considers chlorpyrifos safe.

The EPA’s decision “effectively removes an important tool for farmers,” the company said in a statement, adding that “the rationale used by the agency does not appear to match the full and solid database of more than 4,000 studies and reports that are being conducted the product in terms of health, safety and the environment. “

The EPA, after taking public comments, said it would continue to consider whether it would allow the use of chlorpyrifos for purposes not directly related to food production, such as beef ear tags and mosquito control.

Bills have been proposed in Congress to ban the use of chlorpyrifos and similar pesticides.

Chlorpyrifos was introduced by Dow Chemical in 1965 and banned for household use in 2001.

Last month lawsuits for damages were filed in California against Dow Chemical and Corteva, as well as companies that used the chemical. They claim personal items have been contaminated in the homes of farming communities. In the country’s largest agricultural state, lawsuits were filed on behalf of farm workers last year.

Stuart Calwell, an attorney representing the plaintiffs, said he was satisfied with the EPA’s decision, but health risks remain in areas that have been “covered in chlorpyrifos for decades”.

“Today’s action isn’t going to clean up that mess, and the danger won’t go away until someone does,” he said.