Editorial: Campus celebrities are a product of consumer culture 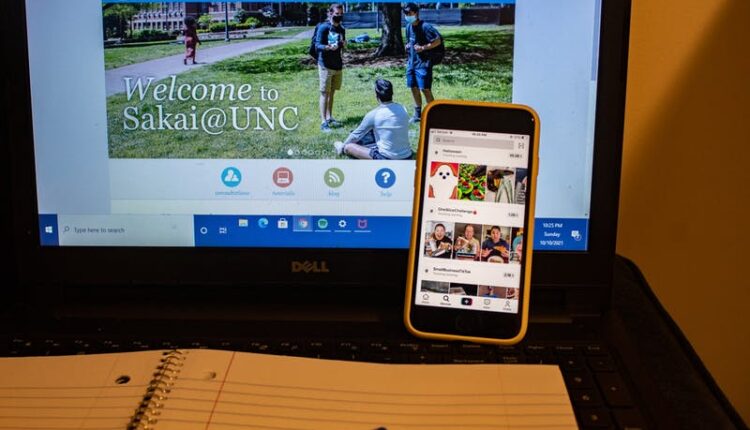 Becoming a celebrity used to be reserved primarily for the rich. It was based on nepotism and California. However, social media has fundamentally changed the way celebrities are created.

Now anyone can get famous with a phone. Even in North Carolina. Even at UNC.

For example, first year UNC student Briggs Edwards is one such TikToker who has become a star. Some of his videos have received more than 7.5 million views. UNC Senior Rachel Dean is another TikToker that has amassed a significant following. She has over 700,000 followers and has received over 55 million likes for her content.

The impact of this content exceeds TikTok. Various social media platforms and outlets cover the stories that are being made known through the app, and when a person becomes famous on one social media app, their popularity with others is almost inevitable. Her fame becomes a real, tangible thing that affects other areas of her life.

This often happens due to TikTok’s fast-paced trend cycles and short-form content. TikTok is great for creating unique subcultures. And the app’s algorithm perpetuates these media for an interested audience and encourages creators to produce similar content.

Almost everything has become a TikTok subculture, from Emily Mariko’s salmon rice bowl to the infamous “Couch Boy” interaction with his girlfriend. When a TikToker participates in one of these algorithmic jackpots, its content is exponentially shared and immortalized by other creators.

This rapid fame is unique in that it differs from the way we have consumed digital media in the past. In the past, a television show or movie was produced over a period of months, or more likely years. Consumers would look at the content and wait for it to continue.

The fame due to this content was more stable and less volatile. Now media content can be generated in minutes and set off in an avalanche overnight, making the average person a star and potentially getting out just as quickly.

Due to the only increasing impact that social media has on our lives, celebrity culture is shifting from involving artists who grew up only in industry, such as actors and musicians, to being everyday influencers.

This democratization of celebrity culture is perhaps positive. It enables more people to thrive in the entertainment industry and diversifies the voices we hear. However, the effects of this fame may have some detrimental effects on individuals and consumers.

Consumer culture is when the consumption of goods or services is so deeply anchored in a society that it is the focus of daily activity. The United States is one of the greatest examples of a consumer culture nation. And social media seems to add such an emphasis – except that instead of consuming articles, we are consuming digital content from the creators in it.

With fame so accessible today, ordinary people are encouraged and at times expected to “brand” themselves and their content. Hashtags and trending concepts only help fuel the viability of the online explosion. The digital communications landscape is one where even young children are trained to produce consumable content for an audience with the promise of potential fame. And if you fall out of celebrity, that can damage your self-image, even if the drop in popularity often has nothing to do with it.

Ultimately, people are not meant to be consumed or branded, and this can create unhealthy expectations about everyday life. In contrast to consumer goods, people should be malleable.

As normal people become more popular, it is important to realize that at the end of the day, they are just human. Treating celebrities of all origins with humanity and grace is vital, and refusal to put individuals on a pedestal benefits everyone.

Sign up for our email newsletter to get the day’s news and headlines in your inbox every morning.