Jack Dorsey gives reason for the next bitcoin price increase

Billionaire and prominent bitcoin evangelist Jack Dorsey, who co-founded Twitter and was its chief executive until November 29 last year, took to Twitter to share why he believes bitcoin price will bounce back in the future after the recent plunge.

Jack knows what will push BTC back up

Jack was responding to a tweet from Tom Philpott – author of the “Military Update” column in US media and author of some non-fiction books. Philpott rebuked Dorsey that at the moment, instead of watching and commenting on “Bitcoin Burning,” Jack was tweeting about rapper Kendrick Lamar, his new album, and the upcoming tour in support of it.

Dorsey responded that he wasn’t looking at the plunging bitcoin price at the moment. He is sure that BTC will keep rising in the long term. The reason for his confidence is the increasing acceptance of BTC as “more people are able to use it.”

I don’t care about the price. I know that in the long run it will always increase in value as more people can use it.

Bitcoin and the entire cryptocurrency market have seen a massive decline this month. First, on May 4, the Fed Reserve announced the largest rate hike in 22 years, raising interest rates by half a basis point. 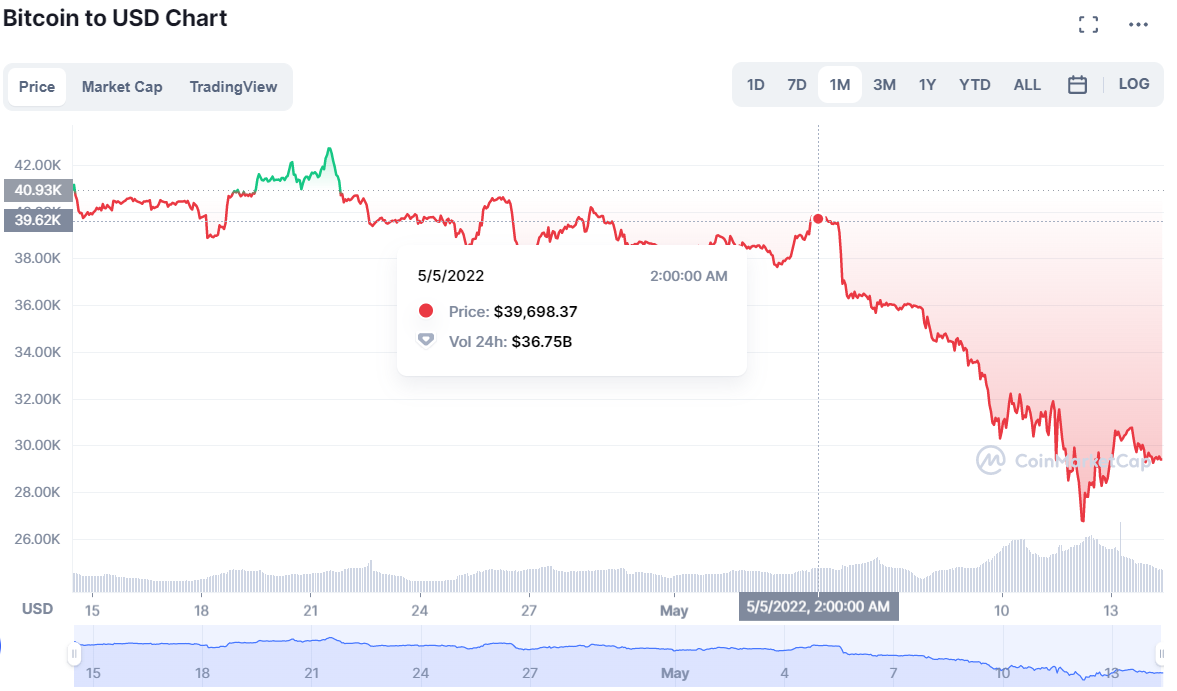 The second blow came from where no one expected – Terras Coins UST and LUNA crashed.

The UST algorithmic stablecoin has lost its USD peg and is trading at $0.2264 (down 32 percent in the last 24 hours). Native token LUNA is changing hands below zero — at $0.0004774, down 1,185 percent since yesterday morning. The Terra blockchain has been stopped.

Crypto investors only pay half the taxes

Here is the worst-case scenario for crypto markets amid Bitcoin…

The closing of a $4.2 million funding round from Mangata Finance…