Understanding DeFi, or decentralized finance, requires acquiring facility in a new vocabulary, discarding some aged paradigms rooted in conventional finance, banking and trading and grasping key concepts that can be translated to financial opportunity.

Blockchains typified by Ethereum allow payments dependent upon execution of Turing-complete programs, so-called smart contracts. A range of what was traditionally centralized financial instruments are now being deployed and used on distributed blockchain systems using smart contracts. These financial tools and services are often referred to as Decentralized Finance (DeFi).
The fundamental innovation of DeFi is similar to blockchains: reducing trust by replacing centralized platforms with a decentralized system. In this, reducing trust is meant to reflect a game theory notion of trust— that trust is inherently a form of trust.

“Decentralized finance, rather than a single service, represents a whole ecosystem of financial services realized through smart contracts deployed on public distributed ledgers(aka a blockchain). This new approach aims to decentralize the current financial system by providing services and applications that are characterized by a detachment from trusted intermediaries, hence, enabling trustless, peer-to-peer transactions. Instead of relying on traditional providers of financial services, which are ac- companied by high costs, lengthy processes and a lack of transparency, DeFi realizes decentralized financial services”

The tools fundamentally are open protocols, decentralized apps (dApps) and smart contracts, and using those tools, DeFi enables investors and even traditional consumers of financial products to play both sides of financial transactions, consuming and providing services 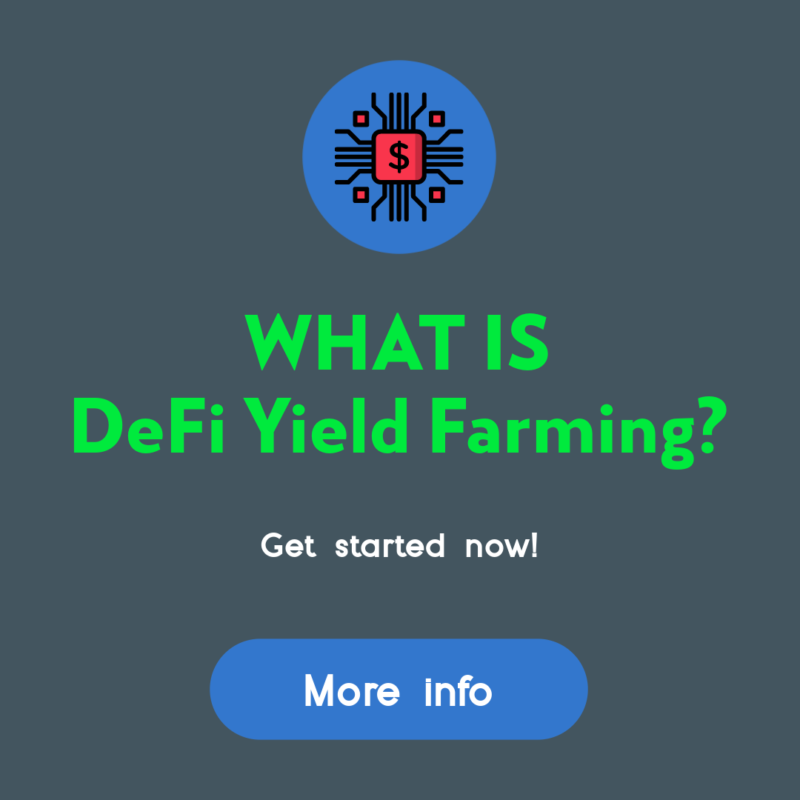 Trustless: While distributed ledgers do not rely on a single operator as a trust agent, they distribute trust across a network of nodes instead. The security of the system is based on the assumption that enough nodes in the network behave honestly such that they can reach consensus on the validity of the recorded transactions]. Consensus guarantees that the system is immutable (meaning that transactions cannot be changed, added or deleted in retrospect) and censorship resistant (sometimes referred to as liveness), which guarantees that new valid transactions will be included eventually.

Transparent: Most public distributed ledgers provide transparency by default, since all transactions stored in the blockchain are publicly visible. Transaction senders and re- ceivers are identified with pseudonyms while transaction values and transmitted data are sent in the clear. Unless additional privacy measures are taken, it has been shown that transactions can be linked and users can also be identified. For DeFi applications, the underlying transparency means that all usage and the stored funds are public at any point in time.

Interconnected: Some blockchain ecosystems like Ethereum provide powerful programming tooling that is utilized for DeFi services. Complex applications, including auctions, voting and trading, can be built with smart contracts. Their features can be called by users and smart contracts, making it possible to easily connect, stack or combine existing applications without additional programming efforts. Combining contracts to create new types of services is often regarded as the Lego property of DeFi protocols. This homage originates from using smart contracts as building blocks, combining them to create more functional constructs.

Decentrally governed: Not restricted to the DeFi space but highly prevalent in it is the aspect of turning smart con- tracts into decentralized autonomous organizations (DAOs). By enabling the community to suggest legislation and vote based on their stake in the project, governance is distributed. The three main aspects of governance, incentive compatibility, accountability and transparency, are realized by making users and investors responsible for the well-being of the ecosystem.

Enabling self-sovereignty: As no central authority controls and organizes access to the decentralized environment, users themselves manage their personal data and custody of their funds. As users can store their own access tokens, i.e., signing keys and authorizing their own transactions, they are fully self-reliant. While this, on the one hand, prevents central services from stealing or confiscating funds, self-reliant users, on the other hand, are not protected against losing their access tokens since only they have the ability to restore them.”

Lending Platforms: Decentralized lending services make up the largest class of DeFi products with a total number of $6.3B locked funds. They offer loans to businesses or individuals using smart contracts as intermediaries and negotiators. By doing so, the “regular” intermediaries required in centralized lending are eliminated. These smart contracts automate the lending and borrowing agreement, including rules for setting interest rates. The largest examples in this category are Maker  ($2.75B), Compound  ($1.6B) and Aave ($1.46B).
One interesting mechanism that has been introduced in DeFi is the concept of flash loans. It describes how a loan of any size can be received, used and payed back in a single transaction. No collateral is required for this type of loan. Should the debtor fail to pay back the loan, the transaction will be reverted, and the sender will only have to pay for transaction fees. Undesirable trades using this mechanism enabled numerous infamous attacks on DeFi protocols.
Assets: Traditional assets mainly serve as capital backing for companies. Also, virtual assets within the cryptocurrency space have similar purposes. However, as they are created, stored and traded over the blockchain, they are inherently public, and their movements are transparent. Using smart contracts, they can be traded automatically and censorship- free. Assets make up the second largest Defi class in terms of locked value. Popular assets in the DeFi space are WBTC (wrapped Bitcoin) with a market value of $2.28B and yToken by Yearn.finance  ($449M).
Decentralized Exchanges (DEXes): Services that focus on decentralized cryptocurrency and token exchange are often
classified as DEXes and make out the third-largest class of DeFi products with around $3.5B locked funds. DEXes work similar to a stock exchange, but instead of being run by a central provider, the exchange is operated by a smart contract deployed on blockchains like Ethereum. The lack of a centralized authority means the rules and regulations for trading are predetermined in the smart contract code and users have to interact with the contract in order to trade assets. Usually, the contract additionally handles the user funds during the trading process to ensure the correct payout.
Uniswap, whose users locked up value worth over $1.3B, is the largest example within this category. The Uniswap contract is publicly available on the blockchain any user can directly interact with it. The main mechanic behind Uniswap is liquidity pooling, which removes the need to handle order books. Users pay 0.3% fees per trade, which are added to the used liquidity pool and increase revenue for liquidity providers. Another popular DEX service is Curve Finance with over $900M currently locked capital, which focuses mainly on trading and lending of stablecoins.

Derivate Services: DeFi derivatives build on smart contracts that derive value from the performance of an underlying entity such as bonds, currencies, or interest rates. Tokenized derivatives can be created without third parties and by-design prevent malicious influence. Popular examples for DeFi derivatives are Synthetix  ($771.2M), Nexus Mutual  ($96M) and Erasure  ($4.9M).
Payment Networks: Even simple financial tools like payments are decentralized to reduce the influence of central payment providers with the goal of creating an open finance ecosystem. Due to the nature of blockchain technology, users can exchange cryptocurrency securely and directly without the need for intermediaries. However, high fees and inflexible delays call for specialized services that optimize decentralized payments. The underlying technology for services like Lightning Network ($19.9M) rely on payment channel technologies, xDAi ($4.9M) builds on sidechains instead.

Apart from the previously described categories, oracles broaden the view of DeFi services. When real-world data like the exchange rate of a currency or the result of an election are required in a smart contract oracle services like ChainLink are utilized. ChainLink is designed to provide secure data by utilizing a transparent network of auditor-certified oracle providers located across different geographical regions. The information provided by ChainLink includes price feeds for DeFi apps and randomness for gaming applications and can be used to create different blockchains. The integration of live data into blockchains can lead to several challenges that are discussed in the section IV-C. The information provided by oracles can be used to predict markets such as Augur. Augur allows for the participation of betting on events across the globe without intermediaries as the money and payments are managed through smart contracts. The rise of a number of DeFi-related applications has resulted in a wide range of tools that allow you to connect various DeFi services, like the 0x. Through 0x, users can trade tokens through the Ethereum blockchain by contacting several DEXes at the same time.

“The DeFi space has seen rapid growth in 2020, and current trends in Q3 2020 are described as the largest bull run since the ICO boom in 2017. In the time from November 2018 to November 2020, the locked value in DeFi protocols has increased close to 80 times from $175M to $13.9B. This growth in locked-up value (collaterals and lent DAI) stems not only from reinvested gains and increased Ether valuations but also due to a larger number of users. At the time of writing, almost one million DeFi users (measured in unique addresses) has been counted by Dune Analytics. Although it is not a perfect metric, a growth in wallets of more than 1000% in the past year shows a strong tendency. The development is visualized in Fig. 2.
“It is assumed that DeFi significantly influenced the transaction cost within the Ethereum network. Consequently, the incentive to avoid unnecessary transactions has increased: Gas usage of over 60 billion gas (daily) has been observed since June of 2020. With average gas prices between 40 and 540 gwei (1 gwei = 10−8 ETH) in this period of time, the estimated gas burned in the second half of 2020 will exceed $1.5M per day. This development is not sustainable in Ethereum (version 1), and its proof of work mechanism, as will be discussed in a later section. Especially automated trading protocols and DEX arbitrageurs in general have caused a massive increase in the number of transactions in recent months. Prior to DEXes, arbitrage trading in the crypto sphere was more difficult. Provided with DeFi protocols, arbitrageurs can obtain financial gains for the service of evening out price discrepancies.”

Get DeFi insights in our Facebook Group- Join Now!

How to use Uniswap with MetaMask

Arbitrage trading with the ArbiSmart project

Is your cryptocurrency halal or haram? An Arab researcher might…