Declining economy due to the unvaccinated 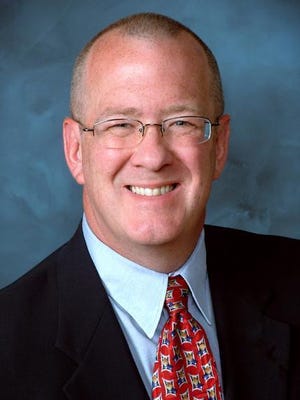 Just a few months ago, economic optimism was strong. A quick recovery seemed imminent, even if the actual data to support a quick recovery was sparse. Companies began reopening and discontinuing, the vaccine became widely available. Most of us were dying to return to restaurants, theaters, and other places that were unsafe during COVID. Spring was as it should be, hopeful and optimistic.

As of the middle of summer, the very rapid recovery has not yet fully occurred. Wage growth was weak last month and the mix of new jobs signaled growth in low-wage sectors rather than general growth. On a normal labor market, we would welcome an average of half a million new jobs per month in 2021, but that pace of recovery will not push us to pre-pandemic employment until the summer of 2022. At the current pace of employment growth, it will be late 2023 or 2024 before we return to trending employment levels.

The slower-than-expected recovery comes at a time when the combined stimulus remains near an all-time high. Additional fiscal or monetary policy will not save us from slower growth. This is not an argument against any law or federal policy, but simply an admission that slowing growth is not really a direct economic policy issue. It is something different.

In the past few weeks, COVID has been filling hospitals again, killing Americans at an increasing rate. However, the effects of the disease and its likely economic impact are not evenly distributed. Almost all COVID deaths in the past 90 days were unvaccinated. More than 32,000 Americans have died from COVID in the past three months alone. In the last month alone, the long and slow decline in deaths has been reversed and is now growing at a rate that could easily bring us back to last fall’s levels.

With 99.2 percent of deaths among the unvaccinated, the burden of this disease now rests on families and communities where vaccination rates are low. For anyone who has studied public health, this is familiar territory. Poorer populations, poorly educated places, and those with a larger proportion of racial minorities have lower vaccination rates. A new and frightening development, however, is the strong political dimension of vaccination rates.

The typical approach in public health research examines things such as race or ethnicity, socio-economic status, age, and educational level to explain differences in disease incidence and access to preventive health care. Understanding these dynamics enables policymakers to target the places and people who benefit least from healthcare spending without additional intervention. Today, the strongest predictor of COVID vaccination rates is simply how much of the 2020 presidential election goes to Mr Trump.

This is no accident, it is neither an artifact of population density nor the result of fluctuations in public policy at the state level. The states with the highest and lowest vaccination rates are both run by GOP governors. It is shocking that Donald Trump won 24 of the 25 states with the lowest vaccination rate despite a blanket election defeat. The refusal of so many Americans to take the vaccine is linked to public statements by Donald Trump and his supporters trying to downplay this pandemic. The politicization of the most common form of public health measure – vaccinations – has a source: Donald Trump.

The politics of this anti-vaccine campaign make little sense. They are not rooted in libertarianism or conservative thinking. They are not brought about by the kind of republicanism that gives states the power to oversee such matters. Letting your supporters die is not a successful populist strategy. This anti-vaccine rhetoric isn’t even mature contrarianism. This is the stuff of childish stubbornness that is supposed to divert attention from other mistakes.

COVID is now killing more than 10,000 Americans a month with the death rate accelerating. At least one forecast is that by Christmas we will have nearly 100 million sick Americans. The deaths will be particularly acute in the states that voted for Mr Trump. I just looked at the correlation between vote share and vaccination rates. This is the type of analysis I do hundreds of times a year for the past three decades. However, that correlation is the most amazing statistical relationship I’ve ever seen.

A full 75.6 percent of the differences in national vaccination rates can be explained by the Trump vote alone in 2020. Also, every 1.0 percent decrease in vote share for Mr. Trump correlates with a 0.78 percent decrease in vaccination rates. One bizarre result of last year’s broken national politics is that Mr Trump unleashed disinformation that is now causing the disproportionate deaths of his supporters.

It is time to formulate and repeat an obvious truth. The rapid spread of this new variant, the increase in deaths and the spreading economic damage are falling at the feet of those who have chosen not to use a vaccine. These people are either anti-Vax activists scammers or are morally guilty of the spreading disease themselves. Most of them carry both burdens.

Many vaccinated Americans are rightly angry at the self-centered stupidity of the unvaccinated. With 99.2 percent of these deaths being voluntary, some will even be tempted to neglect their deaths. This is a mistake. We should not surrender to the immorality that has affected the unvaccinated. These are our neighbors and fellow citizens.

We should remind the unvaccinated that their choices are harmful to others. The resurgent pandemic will cause more businesses to fail this year. Some schools will be closed and many students who are not yet eligible for vaccines will be in isolation or quarantine at home. Some will die. Many took the vaccine but their immune systems were weakened. Hundreds of these Americans who would otherwise have been loved and loved for normal lives will instead die of COVID this year.

The moral weight of these deaths and illnesses rests right on Americans who chose not to have a vaccine. It is time to shame, persuade, or persuade these people to get the vaccine. We want these people to survive this pandemic so that they can thank us later.

Michael J. Hicks, PhD, is the director of the Center for Business and Economic Research and the George and Frances Ball Distinguished Professor of Economics at Ball State University’s Miller College of Business.