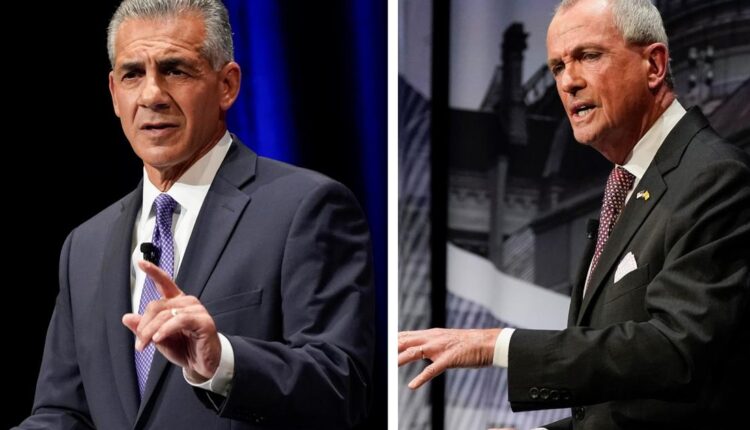 The New Jersey gubernatorial race is proving to be an important test of how voters will judge Democratic incumbent Phil Murphy’s handling of the COVID-19 pandemic. Many of his Democratic and Republican counterparts will face similar tests in 2022.

Murphy saw his approval skyrocket at the start of the pandemic, and a recent Monmouth University poll showed that 52% of New Jersey residents are still okay with his job. The state was hit hard by COVID-19 in the spring of 2020 and Murphy is still in the state of recovery.

From next week, employees in kindergartens and elementary schools as well as government agencies and universities will have to be vaccinated or tested. Similar requirements will apply to childcare workers in November. Murphy’s approach is a little less strict than in neighboring New York City, where teachers must be vaccinated and not have a testing option and guests must show proof of vaccination to eat indoors.

“I believe whether or not your child wears a mask at school is a parent’s choice,” Ciattarelli told supporters in Holmdel, New Jersey Thursday morning. The line received loud applause and cheers from those attending the event.

Murphy insists that those who cheer Ciattarelli’s views on masks in schools are in the minority. He may be right. A recent poll by Suffolk University found that 58% of New Jersey voters support the mask mandate.

“Parents and children in our state get it overwhelmingly,” Murphy said in an interview with CBS News. “There is a minority who do not see it that way. There is no question about it. I just want to ask you to know that we do not enjoy making our children wear masks, but this is the right thing for public health . ” to keep as many of our children, educators, and staff as safe as possible. “

Murphy wants cases and hospitalization rates to fall before considering lifting the mask mandate, saying getting vaccines approved for children under 12 is a critical move. He added that COVID “is unlikely to go away,” but he believes it will be more like the flu and that New Jersey residents “will be able to live normally and responsibly.”

Ciattarelli was also given a warm welcome by his crowd when he told the crowd that there will be “no vaccine mandates” if he is elected governor. In an interview with CBS News, the former aAssemblyman said he would keep other non-COVID vaccine mandates for children going to school.

“We have decades, decades, decades of data that they use to keep children safe,” Ciattarelli told CBS News. “But what we also have in New Jersey is a religious exception and a medical exception. And I support these exceptions, as do the Democrats in the legislature.”

Ciattarelli’s message on COVID has largely centered on nursing home deaths in New Jersey and the political battle for mandates. But he also pitched the voters economically and promised to lower the state’s high property taxes and asked the crowd in Holmdel, “Can anyone say they are better off (than four years ago?)”

Murphy spent part of his Thursday breaking ground for a new center for innovation, research and medical education in New Brunswick. Projects like this are proof that New Jersey’s economy is on the right track.

“We’re the innovation state, and when I took office it was pretty clear that we weren’t doing the things you need to do to keep earning this title,” said Murphy. “This is a big step out of many steps we’re taking and it’s like, ‘You know what? We’re back.'”

THE TOP DEMOCRATIC SUROGATES ARE COMING

For the first time this year, New Jersey voters will have a nine-day early in-person vote beginning October 23rd. First Lady Jill Biden is coming to New Jersey on Friday to fight the governor, and former President Barack Obama will be coming to Garden State to celebrate the first day of the early vote.

There are more than a million more registered Democrats than Republicans in New Jersey, but the high-profile visits have raised questions about Democratic enthusiasm.

“We have to get our team to come out and as our team gets bigger I think that will be a good result for us,” Murphy told CBS News. “The contrast of this race is stark. It’s the difference between moving forward and stepping back into the bad old days. People have to understand and understand and see what’s at stake and then go out and vote.”

National Republicans haven’t planned many visits to New Jersey, and Ciattarelli said, “I don’t need anyone to help me win this election.”

With Republicans across the country continuing to ask questions about the 2020 election despite the lack of evidence of widespread fraud and further voting procedures, both Ciattarelli and Murphy pledged to accept the result.

“The elections are fair here in New Jersey, and I have no doubts that Jack Ciattarelli will come out on November 2nd,” Ciattarelli told CBS News. “I’ll be the first to congratulate Phil Murphy when he goes the other way.

“New Jersey is not in one of the tinfoil hat areas that other states in America are,” Murphy said. “We have a great track record of winning, losing or drawing, counting every single vote and getting a very fair, transparent result.”