Column: The global economy faces the greatest headwind from inflation 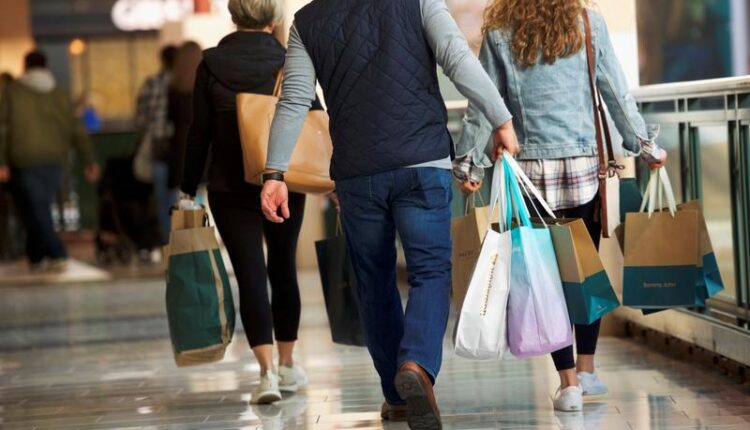 LONDON (Reuters) – Global inflation is spreading to a wider range of goods and services as the rapid rebound in spending overwhelms the short-term ability of manufacturers, freighters and service providers to increase production.

The rise in inflation, previously described by policymakers as “temporary” as the economy recovers from the exceptionally deep recession caused by the coronavirus, turned out to be bigger and more sustained than expected

Faster price hikes are already embedded in consumer and investor expectations, making them more likely to solidify as households and businesses attempt to restore their lost purchasing power.

If households succeed in implementing wage increases, this creates the conditions for a wage-price spiral and increases the likelihood that fiscal and monetary policy will have to be tightened more aggressively.

Otherwise, the erosion of real incomes and purchasing power will weigh on consumer spending, which in turn increases the likelihood that expansion will lose some of its previous momentum.

Either way, the acceleration of inflation has become the biggest headwind for the world economy, and the more solid the process gets, the greater the negative impact on growth for the next year.

In the United States, the consumer price index has risen at a cumulative rate of nearly 3.4% a year over the past two years, well above the central bank’s informal target of just over 2.0% a year.

At this rate, the real purchasing power of wages would halve every 20 years, fast enough to be felt by most households.

Even excluding volatile food and energy items, core consumer prices have increased at an average annual rate of nearly 2.9% over the past two years, the fastest increase in a quarter of a century.

Core inflation has weakened somewhat in recent months, following an exceptional acceleration in the second quarter when companies reopened after lockouts.

But core prices still rose at an annualized rate of more than 2.7% for the three months of June through September, which was in the 83rd percentile for all three month periods since 1995.

Inflation instinctively feels fast because it is relatively fast compared to the experience of the last quarter of a century.

Consumers have started to note and update their expectations for future inflation based on their recent experience of price increases.

Consumer inflation expectations for the next year are the highest since 2011 and are in the 98th percentile of all months since 1995, suggesting that households are preparing for a very inflationary environment.

Expected inflation over the next five years is the highest since 2013 and at the 74th percentile for all months since 1995, which means that a significant portion of the recent acceleration in price increases will prove permanent.

Professional investors and bond traders are also noticing faster inflation and demanding higher yields to offset it, which puts downward pressure on bond and stock prices.

Consumer price inflation is projected to average just over 2.5% per annum for the next decade, based on break-even rates between conventional US Treasury bills and inflation-linked securities.

Expected inflation, as implied by breakeven rates, has now been in the 93rd percentile for all months since early 1997, which in turn suggests that a relatively inflationary environment is likely to persist.

The acceleration in price increases is not limited to the United States, but is evident in all of the world’s major economies and throughout the supply chain from raw materials to producer prices to consumer prices.

In China, producer prices rose more than 10% in September compared to the same month last year, a record increase as factories struggled to procure enough raw materials and electricity.

In the eurozone, consumer prices rose 3.4% yoy in September, the steepest increase since 2008, with recent gas and electricity price rises likely to fuel inflation in the months ahead.

If the world’s major central banks were to raise actual and expected interest rates from pre-pandemic low levels, they have already done so, and inflation has exceeded previous predictions.

The question now is whether the upswing will burn itself out, since wages and incomes are not keeping up and the necessary fuel is being withdrawn from the inflationary process.

Or whether the central banks have to pull back on some incentives and put on the brakes in order to bring the inflationary forces that they helped to develop back under control.

The most likely outcome will be an early recovery stall or mid-cycle slowdown later in 2022 or early 2023 as the US and global economies lose some momentum.

The state of the business cycle is often described in binary terms as “expansion” or “recession”, but that is an oversimplification.

In reality the rate of growth is very variable, with alternating phases of acceleration and deceleration, and only the deepest downturns are called recessions.

In the United States, the Institute for Supply Management’s Manufacturing Purchasing Managers Index has seen at least 11 significant slowdowns in growth since 1980, an average of one every 3-4 years.

However, over the same period, the National Bureau of Economic Research Business Cycle Dating Committee declared only six official recessions, an average of one every 6-7 years.

Most expansions (the phase of the business cycle between official recessions) included at least a halt in growth in an early recovery phase and / or a slowdown in the middle of the cycle later in the expansion.

Early downtimes or mid-cycle slowdowns resulted in a significant loss of momentum, but not enough to plunge the economy into a full blown recession.

The last two economic expansions resulted in early downtimes in 2002/2003 and 2012/2013, which at the time were often referred to by politicians as a “weak point” or “pause”.

The most recent business cycle also saw a later slowdown in 2015-16, which could be characterized as a mid-cycle slowdown, a near-recession, or even an unexplained recession.

The dissatisfaction with the economy due to the near-recession of 2015/16 probably explains the populist wave against incumbents that swept Donald Trump into the White House.

The goal is to anchor the recovery as much as possible and maximize the underlying momentum before beginning to pull the stimulus back. However, the rise in inflation is a significant complication.

The current business expansion is now in its 18th month, suggesting the risk of losing momentum over the next 12 to 24 months is significant, with the rise in inflation and the decline in stimulus being likely triggers.

John Kemp is a market analyst at Reuters. The views expressed are his own.

– The Fed’s focus on jobs implies a sizeable inflation surplus (Reuters, May 18)