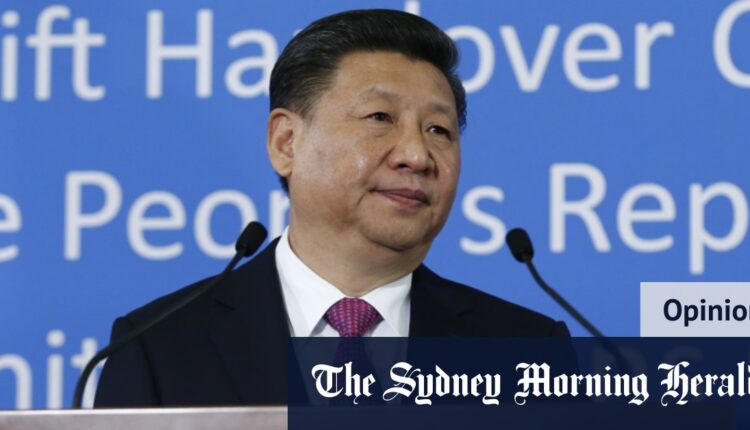 She also called in a group of powerful Wall Street investors last week to reassure them that the private education reforms were an isolated situation and that otherwise everything was going on as normal.

These assurances are likely to be taken with a great deal of salt because in the complex politics of the Chinese bureaucracy, in which regulators compete for the attention and favor of Xi Jinping, it is never clear which authority is in charge and from which direction the next grenade for investors could be fired.

Given the SEC’s intention to enforce its policy of requiring US-listed foreign companies to allow US regulators to review their audits under threat of cancellation – a policy that is in conflict with China’s policy for national security reasons any overseas regulator wants to review a Chinese company’s accounts must be approved by its own authorities – the potential for Chinese companies to cut off access to US brands is increasing.

SEC Chairman Gary Gensler said the Chinese government’s actions were relevant to U.S. investors and its employees had been directed to require Chinese companies to provide additional disclosures before approving their prospectuses.Credit:AP

The dispute over auditing is a particular threat to companies. According to Bloomberg, Chinese companies have raised nearly $ 16 billion in equity in the United States so far this year, and another 70 planned IPOs are in the pipeline. The total value of US-listed Chinese companies is more than $ 2 trillion.

The broader picture of the Chinese authorities radically changing the landscape for Chinese companies and their investors almost overnight with no, if any, consideration for foreign investors would be worrying for any securities regulator with Chinese companies on their boards.

The crackdown on private education is not an isolated situation.

Starting with Jack Ma’s planned IPO and flooding through China’s big tech corporate sector, for a variety of reasons – competition policy, financial stability, national security – authorities have made decisions that have decimated the value of their stocks and the bank accounts of overseas investors .

The ramifications of these decrees, the lack of an explicit framework to assess the likelihood of regulatory change and the lack of legal remedies are why some institutional investors have declared China “not investable”.

While the wiping out of private education was motivated by a number of factors – social justice, the impact on birth rates, and the state’s desire to absolutely audit the curricula of its accountants), it also wanted to keep the data these companies collected from being accessible outside of China are.

The Chinese cyberspace administration’s attacks on ridesharing giant Didi last month for national security reasons, shortly after its US $ 68 billion listing, were fueled by concerns that US authorities were stealing its vast treasure trove of data its customers could access. although Didi’s servers are in China.

However, there are elements of this new Chinese approach to capitalism and the way it is being implemented that are fundamentally at odds with how Wall Street and other developed world financial markets work.

The crackdown on other big tech companies also reflects China’s belief that access to big data is both a threat to national security and a source of competitive advantage.

Beijing’s sudden focus on data regulation and the lack of a definition of what data is important to national security has created a new source of power and visibility for a number of agencies who are now seemingly struggling to take some of the action .

While the widespread tightening of the regulatory network around the big technology companies is interpreted by China analysts as evidence that proponents of the economy and a (relatively) open economy in China have lost to those who want all Chinese companies, including private companies, within Beijing’s strict views of the national interest to act.

The authorities are tightening control over China’s private sector as they contain billionaire entrepreneurs like Jack Ma, whose wealth and openness could be viewed as potentially destabilizing within such an authoritarian regime.

China is trying to (slightly) liberalize its financial markets and lure foreign capital and know-how to fairly immature markets, so it is unlikely to want to cut off the flow of external capital.

However, there are elements to this new Chinese approach to capitalism and the way it is being implemented that are profoundly at odds with the way the financial markets of Wall Street and other developed economies work.

Complete and permanent decoupling of China’s private companies from access to US and other foreign capital is possible, but likely unlikely.

However, until the dust settles around China’s tech sector and a clearer and more predictable framework for its regulations emerges, it is likely that their access to and the cost of this equity will be restricted once investors understand the new risks posed by recent developments will be much higher.

The Market Recap newsletter is a summary of the trading day. Get it every weekday afternoon.

Core’s economy is recovering better from the pandemic than other major cities, study results | news