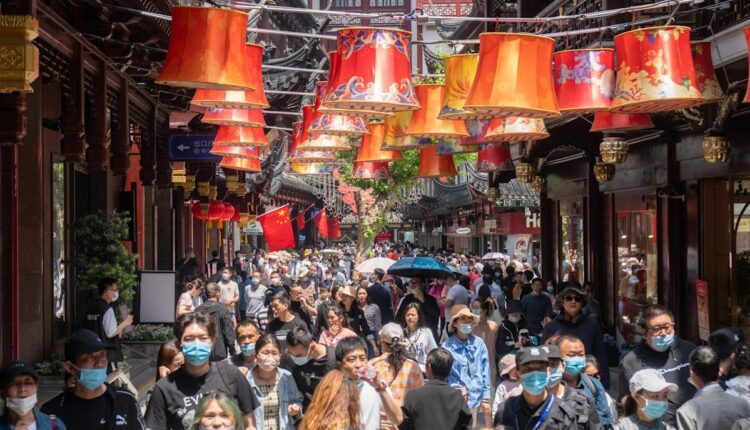 The main drivers of the Chinese economy slowed in August after the government adopted tough measures last month to contain a COVID-19 outbreak that began in late July.

China’s retail sales, a key indicator of the country’s consumer spending, rose 2.5% in August, a sharp decline from the 8.5% growth in July and the slowest growth since last August, according to figures from the Chinese National Bureau of Wednesday’s Statistics (NBS). The August figure was well below the 7% growth estimate from a Bloomberg poll of economists.

China’s retail sales growth hit a monthly high of 34.2% in March. Since then, the metric has been falling every month as China faced intermittent COVID-19 outbreaks, rising raw material costs, supply chain bottlenecks, and disruptions from severe flooding in July.

China’s urban unemployment rate was unchanged from the previous month at 5.1% in August.

China’s monetary authorities are currently “divided” – trying to contain debt and financial instability while worried about the country’s economic slowdown, Deloitte chief economist Ira Kalish wrote in a statement Tuesday. “As such, [the authorities] strive to allow banks to grow lending at a reasonable pace, especially for those areas of the economy that are particularly hard hit. “

China is now grappling with another spike in delta infections in its southeastern Fujian province, just weeks after the country contained the outbreak that began in July. The country’s commitment to a “COVID-zero” policy or insistence that even the smallest outbreak triggers mass tests and bans means that any surge in infections poses an economic threat.

China’s National Health Commission reported 50 new domestic infections on Tuesday – up from 22 cases on Sunday – all in Fujian. The authorities of Putian and Xiamen – the two hardest hit cities in Fujian – have now locked down high-risk parts of their cities, closed cinemas, bars and gyms, and suspended personal tuition for kindergartens, elementary and secondary schools.

This story was originally featured on Fortune.com