Chastain on board in the trackhouse 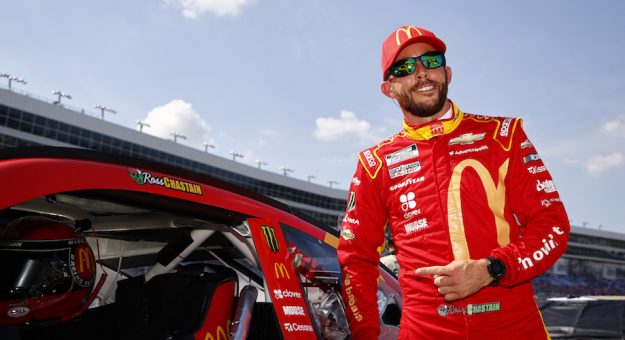 Ross Chastain will drive the # 1 Chevrolet for Trackhouse Racing in 2022. (NASCAR photo)

NASHVILLE, Tennessee – Trackhouse Racing officials confirmed Tuesday that the Chip Ganassi Racing team will keep Ross Chastain to drive for the organization as it expands to two cars next season.

Trackhouse Racing is in the process of acquiring the assets of Chip Ganassi Racing as the team expands operations in the NASCAR Cup Series.

Chastain will drive the team’s # 1 Chevrolet, while current trackhouse driver Daniel Suarez will continue to drive the # 99.

Chastain, who currently drives for Ganassi, has been one of the hottest drivers in the sport for the past three months. Trackhouse founder Justin Marks said he was impressed with Chastain.

“Ross is a young, aggressive rider who we believe has the talent to win Cup Series-level races,” said Marks. “We believe his personality and work ethic will be a perfect match for Daniel as we build our organization for the 2022 season and beyond.”

In his short Cup career of 101 races, Chastain has raced for Premium Motorsports, Spire Motorsports and Roush Fenway Racing before being signed to a full-time drive in the No. 42 Camaro with Chip Ganassi Racing in 2021.

In 22 races this season, Chastain has two top five finishes, including second place on the Nashville (Tenn.) Superspeedway, and seven top 10 finishes.

Prior to his Cup Series career, Chastain had two career wins in the Xfinity Series (Las Vegas Motor Speedway 2018 and Daytona Int’l Speedway 2019) and four wins in the Camping World Truck Series.

With today’s announcement, Chastain is focused on a bright future.

“This is another dream for me,” said Chastain. “Trackhouse is one of the most interesting organizations in the garage. The enthusiasm they bring with them off the track and the program they build up on the track is exciting. Working with Daniel and Justin as best I can is my top priority. I know I can help make our Chevrolets as strong as possible. “

Chastain, 28, a native of Alva, Florida, was nicknamed “Melon Man” for his family’s history of watermelon growing.

Trackhouse Racing, a division of Trackhouse Entertainment Group, was founded in 2020 by Marks who established the company’s headquarters in Nashville, Tennessee. In October 2020, Trackhouse announced that it would launch the No. 99 in the NASCAR Cup Series with Suárez.

The move effectively makes Cup Series veteran Kurt Busch, who will drive the # 1 Chevy until the end of the season, a free agent.