Celebrities step onto the basketball court to bring awareness to bullying, cancer and mental health 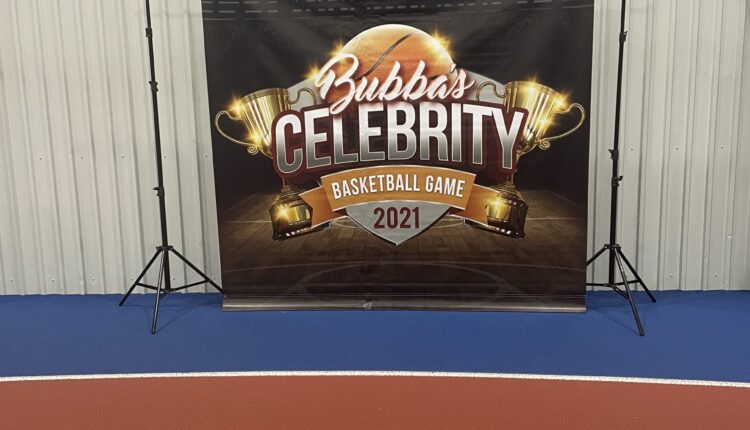 SNOW HILL, Md. – Celebrities, from famous athletes to artists, walked a red carpet and dribbled on the basketball court, all for a good cause. “If I can only change the lives of a few children, I know we will influence so many of them,” says celebrity bodyguard and event organizer Adriano “Bubba” Almony.

Almony hosted a celebrity basketball game in hopes of raising awareness and raising money for bullying and cancer prevention. “When he said he was hosting this event, I said you know what, this is perfect, I have to go and do it because it will raise awareness,” said William Bullard, athlete and former Harlem Globetrotter team member.

Some celebrities who were featured at the event were Dr. Khalilah Camacho-Ali, the former wife of Muhammad Ali. Sgt. Pushups, Terrance West, Terrel Owens, Jacoby Jones, players from the Harlem Globetrotter and many more were all about the celebrity basketball game. “When they see an event of this caliber in a small town with snow hills, there is no telling how powerful it is, and it’s just a blessing,” says Almony.

We were told that while the event was full of autographs, fun, games and food, the bigger message was how much impact these celebrities and local heroes can have on not just the youth but everyone. “You wake up to being kind to people, and that’s a circle that comes back to people, and that’s where it begins,” said Matt Crisafulli, Worcester County sheriff.

We are also told that this is only the beginning of the change that Almony and his friends want to make. “Our goal is that every child who leaves here feels empowered,” says Sheriff Crisafulli. Almony adds, “If only I can influence a few children, a few parents, and a family who may want to give up or are about to lose hope.”

Almony also tells 47 ABC he hopes to continue this every year, make it a tradition and keep the community coming together.