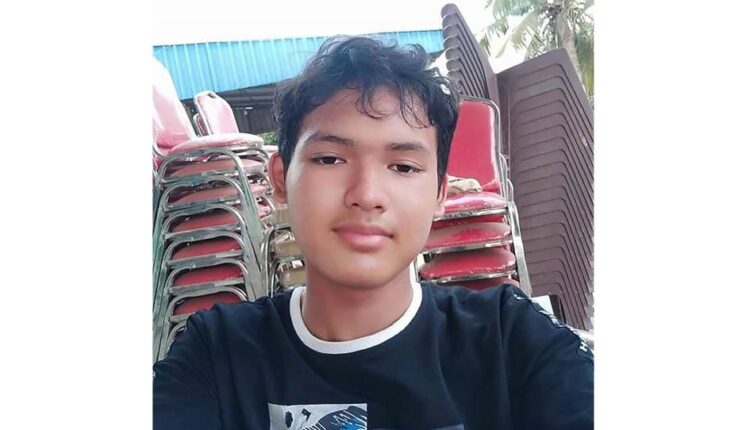 PHNOM PENH, Cambodia (AP) – A Cambodian activist cried in frustration Monday after learning that her teenage autistic son, who was jailed for criticizing the government on social media, in a case that has attracted worldwide attention, is not released as expected.

Prum Chantha told disappointed supporters who gathered with her outside Prey Sar prison on the outskirts of Phnom Penh early that morning that authorities said her son’s sentence had been counted incorrectly and that he would be released on Wednesday instead.

“My son would have been so excited to hear that he was being released today and knew I was with the others to greet him, but now they are holding him in jail for two more days,” she said.

“Why should the court keep him in jail?”

Her son, 16-year-old Kak Sovannchhay, was convicted last week of incitement to a crime and public defamation for comments he made on a Telegram chat group in June defending his father, a senior political opposition member who himself in custody is charged with sharing Facebook posts criticizing Prime Minister Hun Sen.

Kak Sovannchhay was sentenced to eight months in prison but has been in custody since June. According to Cambodian sentencing guidelines, including time served, he was due to be released this week and the family was told it would be on Monday.

In a statement following his conviction, the Phnom Penh City Court stated that his age had been a factor in reducing his prison term and that he had not received any medical confirmation of his autism during the trial.

However, observers said the court denied two requests during the trial to assess the boy’s disability and support needs.

Many criticized the verdict, including US Ambassador to Cambodia W. Patrick Murphy, who said in a Twitter post that the case appeared to be “politically motivated”.

“How does the imprisonment of an opposition activist’s teenage son demonstrate respect for human rights?” Murphy wrote.

Prum Chantha is a member of Friday Wives, a group that holds protests to demand the release of their husbands, who have been jailed for expressing anti-government views. Her husband Kak Komphear has been in custody since May 2020.

She said Monday that despite her son’s charges, she had no intention of giving in.

“The authorities wanted to intimidate us and want us to stop resisting them,” she said.

The teen’s posts came in response to others calling his father a traitor, she said.

Prime Minister Hun Sen has been in power for 36 years and is often accused of leading an authoritarian regime and using the judiciary to suppress opposition.

Phil Robertson, Assistant Asia director for Human Rights Watch, urged Australia’s Secretary of State Marise Payne to raise the case and others with Cambodian officials before completing her two-day trip to the country later Monday.

“The punishment of a mentally disabled boy for his father’s activities shows how much the human rights situation in Cambodia has deteriorated,” it said in a written statement.