Brazilians aim for pre-pandemic normalcy as death toll is over 600,000 | App top news 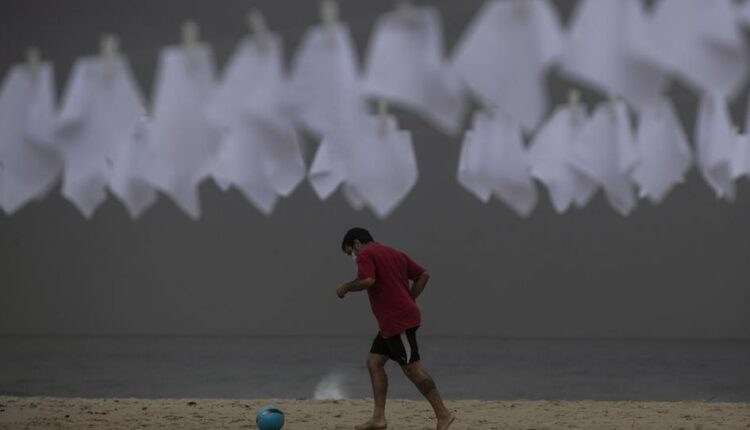 Brazil appears to be eager to return to pre-pandemic normalcy, even if the death toll is above 600,000, according to official health ministry data on Friday. The relief in both COVID-19 cases and deaths was particularly welcome amid warnings from experts that the Delta variant would spark another wave of destruction in the country with the second highest casualty. So far this has not happened.

The country’s average daily death toll has been around 500 for a month, down from more than 3,000 in April. Almost 45% of the population are fully vaccinated and the elderly receive a booster vaccination. According to Our World in Data, an online research site, a larger percentage of Brazilians are at least partially vaccinated compared to Americans or Germans.

The improvement has encouraged mayors and governors to allow fans to play football and keep bars and restaurants open until the wee hours of the morning. Some even think about the end of the mask requirement, which people often ignore.

Marcelo Queiroga, Brazil’s fourth health minister since the outbreak of the pandemic, suggested in a press conference on Friday that there should be no mask requirement. “Why should I pass a law that forces people to use condoms? Don’t even think about it, ”he said.

The Mayor of Rio has announced that it will revive the city’s huge New Year’s Eve party on Copacabana Beach.

Gonzalo Vecina, professor of public health at the University of Sao Paulo, told the Associated Press in July that the more contagious delta would lead to a “new explosion” of cases within weeks. He was hardly alone among experts who sounded the alarm.

Now Vecina believes the high number of Brazilians infected with the gamma variant earlier this year – first identified in the Amazonian city of Manaus – may have slowed the delta advance.

“This is not a conclusion from a study; it is a possibility that we address given what we see, ”said Vecina. “We are seeing a delta surge in countries that have reopened just like Brazil, and our number of cases is still falling, with a few very special exceptions.”

Some analysts remain concerned about Delta’s potential for spread. Among them is Miguel Lago, executive director of the Brazilian Institute for Health Policy Studies, which advises public health officials. He believes authorities are taking a significant risk by reopening too many and announcing celebrations and that Brazil could soon see more hospital admissions.

“The pandemic has subsided, but 500 deaths a day is far from good. And we didn’t even fully vaccinate half of the population, ”said Lago. “We just don’t know enough and now we have this terrible milestone in front of our eyes.”

On Friday morning at Copacabana, where Rio’s New Year party will take place in less than three months, the activist group Rio da Paz held a memorial on its sand to mourn the 600,000 dead with hundreds of white towels strung on linen .

Across town, on a support group for family members of the virus victims, Bruna Chaves mourned the loss of her mother and stepfather.

“It’s not just 600,000 people who are gone; There are many people who die with them emotionally, ”Chaves said in an interview. “It’s absurd that people should treat it like a small number. It’s a large number. “

Many in Brazil continue to downplay the severity of the pandemic, most notably President Jair Bolsonaro, whose popularity has declined largely due to his government’s chaotic pandemic response. But he hasn’t strayed from his positions, including firm support for drugs that have proven ineffective against the virus, such as hydroxychloroquine.

He continues to criticize the restrictions on activity put in place by mayors and governors, saying Brazil needs to keep the economy going so as not to do more to the poor. On Thursday evening, during a live broadcast on Facebook, he showed a series of newspaper articles covering the economic turmoil in Europe and the US over the past year to prove he was right from the start.

Months after the New Year celebrations, Rio will also host Carnival, according to Mayor Eduardo Paes. And he said social distancing is out of the question.

“It would be ridiculous to ask people to stay three feet away. If that were the case, I would be the first to disregard it, ”he told residents of a bourgeois neighborhood on Monday. “Science has made progress, it has won, it allows us to open up.”

Brazil’s long history of vaccination campaigns has played a significant role in slowing the spread of the virus with widespread adoption. Almost three quarters of Brazilians have received at least one dose so far – although Bolsonaro has been sowing doubts about its effectiveness for months and remains unvaccinated himself. Even most of his followers rolled up their sleeves.

Queiroga said all Brazilians between the ages of 18 and 60 could get vaccinated again next year. He added that more than 354 million recordings will be available. Brazil has a population of around 210 million.

“The scenario looks positive and I promise that Brazilians will have an efficient vaccination campaign in 2022 and this will be the year the COVID-19 pandemic ends,” the minister said.