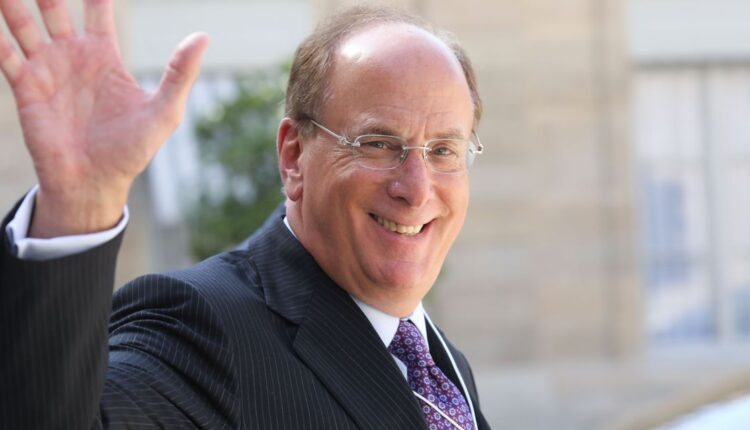 Fink said the US’s long-term shift towards a gig economy left workers without traditional pensions and other benefits and is now driving stronger wage increases.

“You have more flexibility, but we have lost the connection between our employees and many companies,” said Fink in his remarks at the annual conference of the Institute for International Finance (IIF). “The fragmentation and polarization of society can be traced back to these problems.”

Fink said pressure from public corporations to get greener has resulted in private corporations simply buying dirty businesses from them. The amount of net pollution generated has not decreased significantly. Both public and private companies and emerging economies need to be part of the solution, he said.

Developing countries will need about $ 1 trillion annually to get greener, Fink said, but they’re only getting about $ 150 billion.

“This is the ultimate green wash,” said Fink. “We’re making progress, but we’re doing the easy task of telling public corporations, ‘You have to do this.’ That way we won’t get to zero. We deceive ourselves. “

On the economic front, Fink was optimistic about the money supply sitting on the sidelines, aggressive central banks’ monetary policies and the prospect of additional fiscal stimulus from Congress. But he said inflation will not be temporary, as some experts have said.

“I am not calling for stagflation, but do I see inflation continuing? Yes, ”said Fink. Higher fuel prices will dampen consumer confidence, and a lack of social security benefits for American workers could drive wages up faster amid labor shortages in some companies, he said.

Bank of America CEO Moynihan, meanwhile, said he was confident the economy will grow about 5% plus this year and around that level in 2022, fueled by double-digit increases in consumer spending. However, countries more severely affected by COVID-19 will experience lower growth. Read more about the impact of COVID-19 in the “Coronarivus Update” column of MarketWatch.

“The expenses are good,” said Moynihan. “In some cases it is hard to spend money because inventory is running out … The supply chain problems will be resolved.”

Bank of America has seen about 100,000 of its employees, or just under half of its workforce, return to the office with the COVID-19 vaccine.

“We need to regain the culture of collaboration,” said Moynihan. “We’d love to be face to face again.”

Moynihan said that larger companies with good ratings for their environmental, social and governance (ESG) issues tend to outperform others with lower ratings. This axiom has been accepted by larger companies and is starting to penetrate medium-sized companies, he said.

cash: Jamie Dimon expects the consumer to lead the economy back to growth through the current shocks