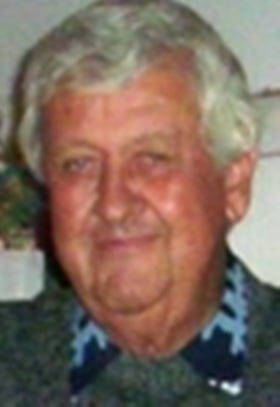 On June 16, 1972, the first United Nations Environment Conference took place in Stockholm, where “climate change” was discussed. In 1975, the economist William Nordhouse expressed the intuition that temperatures more than 2 ° Celsius above pre-industrial levels (1850-1900) would bring the climate outside of the observation range of the last hundred thousand years.

In May 1989 “global warming” was the topic and a conclusion was drawn up, the Helsinki Agreement: “When warming over 10% of the earth’s coasts reaches 2 ° Celsius (3.6 ° Fahrenheit), the sea level will around rise more than 0.66 feet in floods and beach erosion by 2100. “

In all the talk about climate change and global warming, the United Nations got involved and founded the United Nations Framework Convention on Climate Change (UNFCCC) in 1994. Membership in this organization eventually grew to 196 countries. They identified 34 developed countries that were expected to lead the way. The United States was one of those countries. Two of the biggest polluters, China and India, belonged to the developing countries category.

Developed countries were also expected to contribute to a Green Climate Fund, which provides grants and loans as well as technology support to developing countries to support their climate change efforts. From this fund, 100 million dollars were made available to China. The Green Fund’s budget was $ 100 billion a year, and then-President Barack Obama pledged $ 3 billion.

The UNFCCC held almost annual meetings in worldwide – not in the USA – cities such as Rio, Geneva, Copenhagen and Cancun, most recently in Paris in December 2015. The Paris Agreement comprised 27 pages. The agreement, Article 2, 1 (a), described the goal of “keeping the rise in global temperature well below 2 ° C above pre-industrial levels” and Article 9, 1 states that “the developed countries have financial means to support them provide “Developing country parties in relation to both abatement and adoption.”

After 40 years and millions of dollars, the Paris Agreement adopted exactly the goal that the economics professor Nordhouse from Washington state formulated in 1975. Obama never submitted the treaty to Congress, where it would certainly have been rejected.

The current situation and status are grim. On December 11, 2020, Science Magazine quoted a climate scientist who said that if a grade were given, “based on whether we have a chance of hitting a 2 ° C goal … it’s likely a D or an F “.

Eight out of ten of the top polluters haven’t improved after five years. 114 of the 196 countries have not submitted their 2020 reduction plans. As the Science article said, there is “a lot of evidence that many countries are failing to keep the promises they made in 2015”.

China, the number one polluter, plans to start reducing emissions after 2030 and to be 60 to 65% below 2005 levels by 2060. The country currently has 1,058 coal-fired power plants and is building more every year.

In contrast to these almost frivolous emission reduction plans, the Biden government set a goal in April of achieving 100% carbon-free electricity by 2035. The President has already taken steps to reduce our supplies of coal, oil and natural gas. We have moved from being an energy independent nation to buying oil again from OPEC and even from Russia. The moves will ruin the US economy and cut millions in jobs. Everything is based on non-scientific rhetoric. There is no “scientific consensus”.

Concerned people should write to their elected representatives in Congress urging them to reject any plans to cut our energy resources that harm our economy.

Donald Peeler is a retired scientist who lives in Cathedral City.

Robinhood IPO: How to Buy Stock