Biden and the Fed wanted a hot economy. There is a risk of burns. 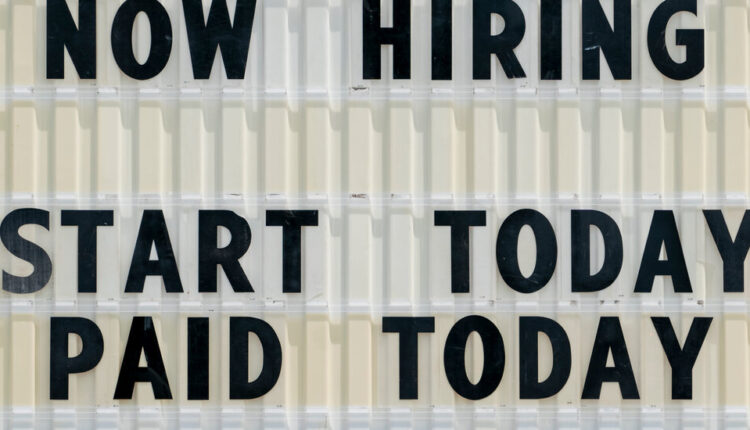 Jason Furman, Harvard economist and former chairman of the White House Council of Economic Advisers, points out that the United States has significantly higher inflation than other countries facing the same supply problems. Consumer prices rose 2.2 percent in the euro zone for the year ended July, compared with 5.4 percent in the United States.

“My guess is that real wage growth in Europe is currently outperforming the United States, and better because demand, and therefore inflation, is lower,” Furman said.

The story is better when you look at how low-wage workers are doing in the United States. The shortage of labor, especially in the service industry, is leading to wage increases for people who are not earning a lot. Data from the Federal Reserve Bank of Atlanta shows that average hourly wages for the bottom 25 percent of the workforce rose 4.6 percent last year, compared to 2.8 percent for the top 25 percent.

And many of the benefits of a hot economy are that more people are drawn into the workforce and they can work more hours. Employers have created an average of 617,000 jobs per month so far in 2021, up from 173,000 per month in 2011 as a result of the global financial crisis. If this continues, the United States is well on its way to returning to pre-pandemic employment levels two years after the end of the recession. Such a recovery lasted five years after the previous recession.

Hot economy proponents stress that a quick recovery is good for reducing inequality, including by ensuring that there are plenty of job opportunities so people don’t have to be unemployed for long periods of time.

“We’re seeing ongoing stimulus programs and expanded income support programs doing what they’re supposed to do,” said JW Mason, a Roosevelt Institute fellow and long-time proponent of getting the economy going. “The numbers we should really look at are employment growth and wage growth, especially at the low end, and these trends are positive and encouraging. These are the numbers that we would have hoped for at the beginning of the year. “

In the late years of recent expansion, employment gains have been particularly strong for ethnic minorities, people with low levels of education and some others who often have difficulty finding employment.