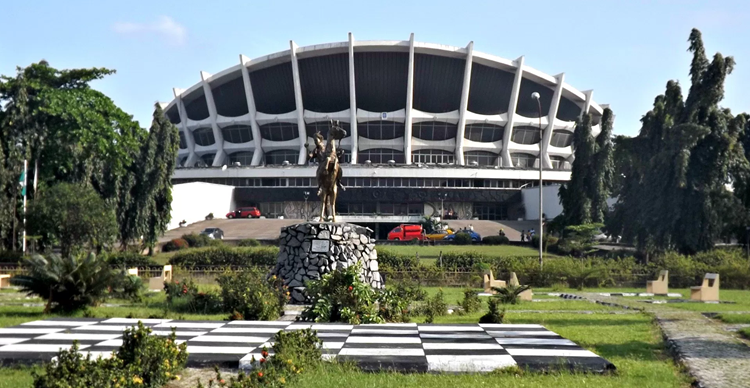 Social media has undoubtedly changed the scope of human interactions. Nowadays many fans can interact with their favorite stars on different social media platforms, but a few years ago that wasn’t possible. Aside from seeing stars on TV screens and at events, there were a few places, particularly in Lagos, where fans could be sure of encountering entertainers. Merrymakers takes a look at some of these places, many of which have seen better days

Ojez Restaurant and Bar is a defunct meeting place in the National Stadium, Surulere, Lagos. It had a nightclub and a bar where people used to go dancing and have drinks. It also offered local and international cuisine.

It was a place where one could definitely meet Nollywood stars and other entertainers. It also provided aspiring actors with opportunities to meet veterans and A-list actors, strike deals, and build profitable relationships.

Located on Oyerokun Street in Surulere, Lagos, just a few minutes drive from the National Stadium, the hotel was owned by the late highlife musician Victor Olaiya.

The hotel used to be one of the most popular places for people to have fun in Lagos and celebrities have not been left out of the fun.

Many years ago, Olaiya, accompanied by his International All-Stars Orchestra, wowed celebrities and other guests every Saturday at the hotel’s Papingo Night Club.

It was also a place where many actors got their first gigs in the film industry.

The hotel still exists, but it’s no longer the melting pot for entertainers and their fans that it once was.

A few years ago, Winis was the preferred meeting place for celebrities. A lot of auditions and castings took place there, and any wannabe actor who visited the place was very likely to be spotted by one or two producers. Aspiring actors were known to frequent the site for mentorship and acting guidance from veteran movie stars. Many actors have also talked about how they made their first attempts at acting with Winis many years ago.

The National Theater in Iganmu, Lagos used to be a traditional place where actors, actresses and film crews would meet to rehearse, audition and groom newcomers. Open casting events used to take place here, where people interested in acting came back again and again to present their talents and skills.

It also offered people a chance to meet and interact with actors.

Feminar Café, located on the premises of Lagos Television, Agidingbi, used to be a meeting place where people important in the entertainment and media industries would retreat after work.

It was one of those places where entertainers usually hang out and journalists were always around for interviews and news. It was also a place where people interested in becoming movie stars visited to meet experienced actors. There is no doubt that many people have become famous because of the relationships they have been able to form on Feminar.

The Niteshift Coliseum opened in 1988 as the NiteShift Club on Opebi Road, Ikeja, Lagos. The club served as a meeting place for professionals, entrepreneurs and thought leaders, as well as a place where an exclusive class of Nigerians and expats could relax, discuss and have uninhibited fun.

At some point, the club was considered one of the leading entertainment centers in Nigeria. The upscale venue moved to its final location on February 2, 1999 and operated successfully there until December 18, 2003 when the arena (club floor) was destroyed by fire.

Reconstruction and refurbishment work on the redesigned Colosseum began in January 2004 and officially reopened on August 5, 2005. The Coliseum includes the Baby Coliseum (security tower), The Summit (multi-purpose conference/banquet hall), The Arena (club floor) and The Dacha (a 12-room bed and breakfast guest lodge).

The founder, Ken Olumese, popularly known as G’uvnor, stressed its exclusivity, stating in a 2017 interview with City People Magazine that the club wasn’t meant for everyone. He said: “It was for a select few talents and I had that audience for 25 years. The crowd was (for) the very responsible one, not just the middle class, but the crowd that wouldn’t normally go to clubs. I had governors (like Gbenga Daniel, a former governor of Ogun State; and Uzor Kalu, a former governor of Abia State) as members of the club. I chose my audience. Membership was never purchased; I only gave it to people who deserved it.”

Needless to say, in its heyday, the Niteshift Coliseum was a melting pot for entertainers, their fans, and other members of society, especially the elite.

All rights reserved. No part of this material or any other digital content on this site may be reproduced, published, transmitted, transcribed or redistributed without the prior express written permission of PUNCH.

Hydro One’s fourth quarter 2021 results will be released on February 25, 2022 prior to market open

The Missouri legislature wants archery to be a state sport