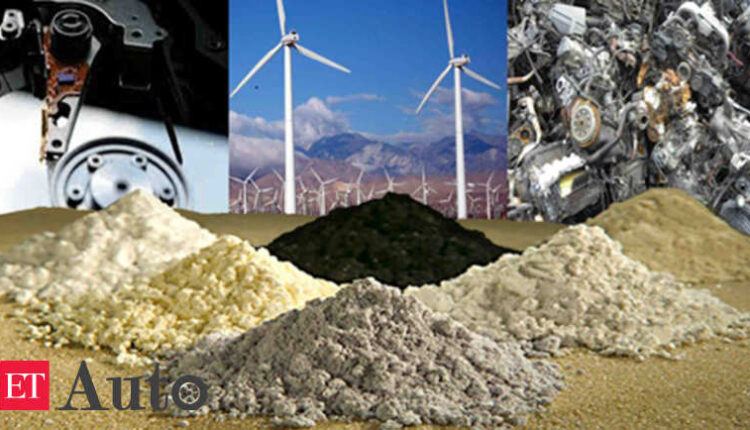 After years of testing, a French laboratory is preparing to start large-scale production tests to extract rare earths and cobalt, copper and nickel from tailings in Finland and New Caledonia.New Delhi: As Europe tries to reduce its reliance on China for the rare earth metals needed for modern batteries and electronics, French researchers have found a potentially potent ally: bacteria that can help remove the elements from mine dumps extract.

The tons of discarded ore, which contain nickel, copper and cobalt, are the only domestic source of rare earths on the continent, along with discarded phones, computers and other technical devices.

“The Europeans have become aware of this dependence on China and have said: ‘We have to find alternative sources of supply’,” said Anne-Gwenaelle Guezennec, an engineer at the French Geological Survey (BRGM) in Orleans.

The 17 rare earth metals, which are also important for magnets, wind turbines, and other advanced applications, are found in tiny amounts in various ores, most of which are in Asia.

In their pure state, they are coarse-grained powders and have unique physical and electronic properties that can enhance a range of materials, from chemical catalysts to magnets and glass.

But the mining and extraction techniques to obtain them are difficult because of the use of toxic chemicals under high pressure and high temperatures, which uses significant amounts of energy.

Instead, the French geologists are exploring more environmentally friendly approaches.

“We make use of the very specific properties of certain microorganisms, bacteria that we find underground,” said Guezennec.

– Stone Soup – In the Orleans laboratory, the process begins by pulverizing piles of rock, or “debris” left over from traditional mining, and dissolving them into liquid.

Depending on the metal sought, different bacteria are then injected together with oxygen and common nutrients such as potassium or nitrogen in order to “feed” the bacteria.

A bioreactor machine then quickly heats and moves the solutions in colors such as gray-green or mustard-yellow and starts the extraction process.

“The bacteria allow us to do this at relatively low temperatures between 30 and 50 degrees (85-120 Fahrenheit),” said Guezennec.

“And it doesn’t have to be pressurized, so these are very stable processes that aren’t very expensive.”

After years of testing, the laboratory is preparing to start large-scale production tests that extract rare earths and cobalt, copper and nickel from tailings in Finland and New Caledonia.

“This is really designed to be used wherever there are tailings that contain metal,” said Guezennec.

But this process, which requires special equipment to remove the metals from the liquid by electrolysis, is beyond the capabilities of the laboratory.

“We are waiting for industrial players,” said Guezennec.

– ‘Urban Mine’ – In a noisy part of the Orleans laboratory, piles of electronic junk clatter on conveyor belts, where strong magnets pull other magnets and other metal parts out of the rest of the rubble.

“Usually magnets make up 1.5 to 3 percent of a hard drive,” says Nour-eddine Menad, an engineer in the lab’s waste and raw materials division.

“That means you can recover 30 to 35 kilograms of magnets in two tons,” he said. “And a magnet contains 30 percent rare earths.”

Once the nickel and copper anti-corrosion coatings are removed, the magnets go through a multi-step process to separate the rare earths and other metals, this time using standard – and more energy-consuming – acidic solutions.

The exploitation of this “urban mine” is critical, said Yannick Menard, who led the survey’s recycling program.

“Basically our only alternative is to make an economy less dependent on Asian suppliers.”

Automakers in the West are not only concerned about security of supply, but also about enormous price fluctuations and environmental damage in the supply chain.

Frantic recruiting can be a bogus economy, companies warned